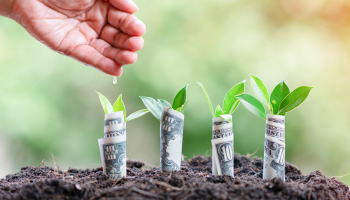 US adults are less aware of and less interested in responsible investing than they were before the pandemic, a new survey has indicated.

A Gallup poll of US investors with at least $10,000 in an investment portfolio found there had been no change in awareness of sustainable investing over the past year and interest in sustainable investment was significantly lower than before the start of the COVID-19 pandemic.

Only a quarter of respondents said they had heard “a lot or a fair amount” about sustainable investing, while four in 10 had heard nothing.

The survey found awareness of sustainable investing was higher among male, younger, and wealthier investors than other groups, and that no difference was seen if they were aided by a financial advisor.

While the proportion of investors that were “very” or “somewhat” interested in sustainable investing was at 56% in Gallup’s February 2020 poll, this had fallen to 42% as of June 2021. Meanwhile, the percentage of investors who were not at all interested increased from 18% to 28%. The survey found this decrease was mostly seen in women, Democrats, and to a lesser extent in wealthier investors.

The survey didn’t address the reasons behind this change in attitude. However, Gallup suggested it could reflect investors’ broader wariness of exposing themselves to market risk, based on previous surveys that found more adults were keeping their money in cash out of fears of market downturns or needing the money for other things.

Gallup, a Washington-based analytics and advisory company, also found that 70% of investors believe sustainable investing funds generally performed on a par with the market average, but 25% believed they performed worse.

The survey indicates that, despite its growing importance in the capital markets, ESG investing and related products have not necessarily attracted the same attention from average US investors.

This contrasts with many recent surveys suggesting a growing interest in ESG issues among investors. Over the past two years, investments in US-based sustainable assets have increased by 42%, according to the GSI Alliance.