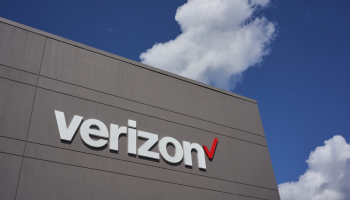 Telecommunications giant Verizon has launched a $1 billion green bond offering, the third since its initial issue in 2019.

The latest offering comes after the publication of Verizon’s Green Bond Impact Report that showed proceeds of previous bonds had been put towards the construction of solar and wind facilities.

It is part of Verizon’s long-term strategy to minimize environmental impact by adding renewable energy to its power grids and avoiding greenhouse gas emissions linked to fossil fuel usage.

In July, the firm also pledged to reach carbon neutrality by 2035.

Matt Ellis, Verizon’s executive vice president and chief financial officer, said: “These investments are consistent with our commitments in support of the UN Sustainable Development Goals, to source or generate renewable energy equivalent to 50% of our total annual electricity consumption by 2025, and to be net-zero in our operational [scope 1 and 2] emissions by 2035.”

Green bonds have also gathered attention from the European Commission. Earlier this month, European Union leaders announced the launch of the bloc’s Green Bond Framework, a key step for the initial stages of its €250 billion green bond program. Issuance for this is expected to begin in October.

Meanwhile, Spain’s Treasury Department has confirmed its foray into the green bond market, with its first offering looking to raise €5 billion to finance the country’s climate and environmental objectives.

The green bond market has expanded in 2021, with market value topping $2 trillion according to Insight Investments. However, there are growing concerns about how green some of these bonds are, after research showed that only 22% of debt issued in the second quarter met minimum sustainability requirements.