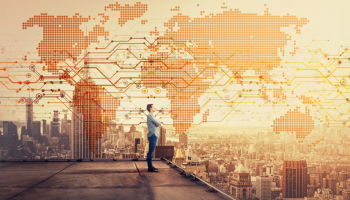 Banks’ involvement in cryptoassets should be transparent and regulated at a global level, according to the American Bankers Association (ABA).

The trade body made the call in a letter to the Basel Committee on Banking Supervision, which sets global standards for the prudential regulation of banks.

The ABA said the global financial system would benefit from clarity and transparency in relation to “supervised financial institutions’ involvement in the cryptoasset market”. The alternative would involve the rapidly expanding crypto markets existing outside of the regulated banking system.

The association argued that “rational supervision and regulation that avoids overly prescriptive approaches will promote key public objectives of law enforcement, and suppression of terrorism finance and other security threats”.

While one of the core principles of many cryptocurrencies such as Bitcoin is that it is not ‘owned’ or regulated by traditional institutions, this has made the currencies a popular trading asset for criminals.

The ABA put forward several “key principles” to the Basel Committee for consideration in relation to cryptoassets. These included the need for a common understanding of cryptoassets and the risks they present, while avoiding being overly prescriptive and stifling innovation.

“Technological evolution is rapid, and highly prescriptive regulation cannot be adjusted quickly enough to remain current,” the ABA stated. “Inflexibility would constrict financial inclusion and other benefits of emerging technology.”

The letter coincided with Mastercard’s announcement that it had acquired cryptocurrency specialist CipherTrace to boost its capabilities when handling digital assets.

The payments giant said in a statement announcing the acquisition that the rise of digital assets meant “trust and security will be critical enablers to ensure broad adoption and scale”.

“These new technologies will require new solutions and more powerful intelligence to ensure that the crypto economy is instilled with the same trust and peace of mind that consumers currently experience with more traditional payment methods,” Mastercard said.