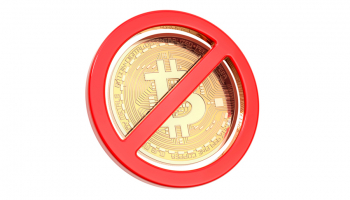 Bitcoin was sent down over 5% within minutes, along with all other cryptocurrencies as China took an even further stance against the market on Friday. Bitcoin closed under $43,000 and left traders wondering what the long-term effect would be.

The People’s Bank of China went as far as to say that services that offer trading and derivatives for virtual currencies are prohibited and overseas exchanges are illegal. These threats follow previous actions by the Chinese government to stop digital currency mining, and rattled markets.

The PBOC strictly prohibits banks from providing any services related to virtual currency, and have shut down software companies and nonbanks related to trading cryptocurrency. Analysts are mixed on what the long term ramifications will be for the market.

Cathie Wood brushed off the news and stated that stocks, crypto and Tesla will continue to rise in the coming months. However, most analysts thought there might be a further sell-off ahead.

The news will likely effect global banking, as both traditional and new banks will think twice before offering crypto services in Asia with the world’s second largest economy keeping watch. A ban on financial and crypto-related businesses will lead to hesitation before expanding in the region as the risks may be too great for the reward.

The PBOC is not the only powerful institution that has kept watch and warned the crypto currency market. The Securities and Exchange commission has also looked to be more strict, with Coinbase getting into trouble with their product called Lend that would have allowed crypto currency holders to earn interest like a bank. The warning was so strong that Coinbase did not follow through with its plans.

Still, with Bitcoin still over $43,000, the pull back leaves the cryptocurrency market with substantial gains over the stock market over the past year. The story could well be that crypto currency can face major challenges and still stand the test of time with powerful countries pushing back even as the market continues to flourish.

The American Bankers Association will continue to weigh in on a frequent basis as the effects on the banking industry continue to play itself out.