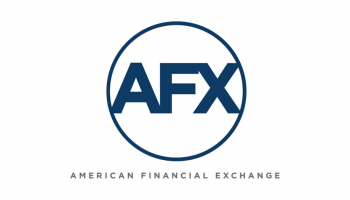 The American Financial Exchange (AFX), an electronic exchange for direct lending and borrowing for 221 members, has committed to be carbon-neutral, offsetting its emissions on a yearly basis from January 1, 2021.

Climate Vault, a non-profit founded at the University of Chicago, will support the venture by helping to significantly reduce and eliminate CO2 emissions. AFX will then calculate, and reduce or offset all of its scope 1, 2 and 3 emissions.

The collaboration has allowed AFX to calculate its carbon footprint from 2015 to 2021, which includes its scope 1 direct greenhouse gas emissions, scope 2 indirect emissions and scope 3 indirect emissions from air travel from the year 2020.

“AFX’s further commitment to calculate and then reduce or offset all its direct and indirect emissions stands as a beacon for financial market operators to follow.”

In the past year, an increasing amount of firms have pledged to become carbon neutral, as well as ploughing investment into renewable projects.

In August, the United Nations issued a code red for climate change, after a study found evidence of “unprecedented” and “irreversible” environmental changes.