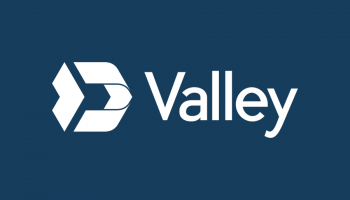 Valley National Bank is set to acquire Bank Leumi in a deal valued at approximately $1.1 million.

The merger is expected to strengthen Valley’s commercial product offering and enhance its funding verticals, as well as deepen its venture capital and technology banking business.

Israel-based Leumi will gain exposure to the US market.

“Bank Leumi’s unique deposit verticals, including the technology and venture capital business, will continue the significant funding improvement that we have driven over the last few years. On the lending side, Bank Leumi will add diversification into niche C&I segments and new geographies including in California and Illinois,” said Ira Robbins, Valley's chairman, president and CEO.

The deal is expected to close by the end of the first quarter, or the start of the second quarter, of 2022.

Elsewhere, Veritex has acquired North Avenue Capital (NAC), in a deal that will see the bank pay $57.5 million in cash to North Avenue shareholders.

Following a three-year period of transition, NAC will receive a further $5 million in cash subject to performance measures.

Amalgamated bank has also revealed it has entered into an agreement to acquire Amalgamated Investments for approximately $98.1 million.

The deal includes an earnout of up to $1.1 million, to be paid all in cash.

The two organizations are not currently affiliated, despite the name.

Amalgamated Bank of Chicago, the parent company of Amalgamated Investments, hopes to gain broader access to a network that aligns with niche segments such as non-profits, political organizations, philanthropies, sustainability, and social enterprises.

Over to the west, Colombia State Bank and Merchants Bank of Commerce have announced a merger, which is expected to be completed around October 1 2021.

“We are pleased to see the smooth and quick completion of all customary approvals required to welcome Merchants Bank of Commerce into the Columbia Bank family. Teams from both banks have partnered well to prepare for a seamless close to the merger,” said Clint Stein, president and chief executive officer of Colombia State Bank.