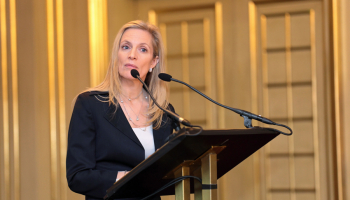 The Federal Reserve is working on a scenario analysis which will help US banks model the potential risks associated with climate change.

Speaking recently at an event, Brainard acknowledged the challenges of conducting an analysis and said, “we should be humble about what the first generation of climate scenario analysis is likely to deliver”, however she emphasised it was a “rudimentary” first step.

“The future financial and economic consequences of climate change will depend on the severity of the physical effects and the nature and speed of the transition to a sustainable economy,” said Brainard.

“It is important to model the transition risks arising from changes in policies, technology, and consumer and investor behaviour and the physical risks of damages caused by an increase in the frequency and severity of climate-related events as well as chronic changes, such as rising temperatures and sea levels.”

The governor said the supervisory guidance will be helpful for large banking institutions in their efforts to measure, monitor and manage climate-related risks, following the lead of a number of other countries.

Plans for the guidance come after the Treasury Department’s latest Climate Action Plan, which encourages Treasury bureaus to integrate climate change adaption planning into their programs, policies, and operations.

During the past year, the pressure for banks to incorporate climate-related risks into their business models has increased significantly.

In May, President Biden targeted climate-related financial risk after he signed an executive order which asked US federal agencies and financial regulators to develop climate risk strategies that “address the serious threat that the climate crisis poses” to the US economy.

The severity of climate-related risks only solidified after the UN issued a ‘code red’ climate change warning in August, after its study found evidence of “unprecedented” and “irreversible” environmental changes.