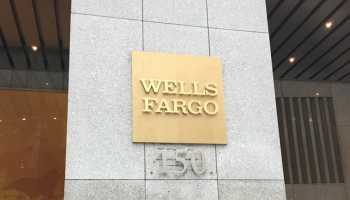 Wells Fargo has joined the Net-Zero Banking Alliance (NZBA), the industry-led, UN-convened alliance that brings together over a quarter of global banking assets.

The group, championed by former Bank of Canada Governor Mark Carney, has added several big banks to its growing number of participant institutions in recent days.

On Friday, Canada’s ‘Big Six’ jointly announced they were joining the alliance.

The NZBA advocates for the role of banks in supporting clients in their net-zero transitions and working with governments to deliver on their decarbonization policies.

In March 2021, Wells Fargo pledged to achieve net-zero greenhouse gas emissions, including emissions attributable to its financing, by 2050.

“As a financial institution serving many sectors of the economy, we acknowledge our role in deploying resources and working closely with our clients to support their respective low-carbon transitions,” said Nate Hurst, head of social impact & sustainability for Wells Fargo.

“Banks cannot do this alone — together with government policies and investments, innovation, and collective action we can make progress towards the goals of the Paris Agreement and our own net-zero ambitions.”

The NZBA is one of many initiatives to have launched alongside the Race to Zero campaign, including the Paris-Aligned Investment Initiative’s Net Zero Asset Owner Alliance and the Net Zero Asset Managers Initiative.