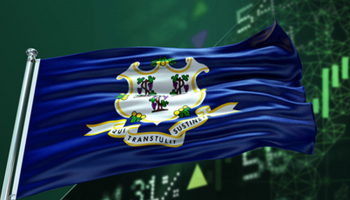 M&T’s merger with People’s United could potentially disrupt the state of Connecticut’s economy, particularly in the cities that struggle the most. At least that is what Senator Blumenthal thinks.

Bridgeport in particular, one of the state’s bigger cities could lose a significant number of jobs as M&T estimated more than 700 layoffs at People’s. The story of Connecticut though is also a great example of how important regional banks are for a healthy local economy.

While the bank has committed to community investment in the city of Bridgeport, politicians and the business community are skeptical that the effort by M&T Bank would make up for regional employment losses. Local officials cannot influence whether the merger goes through, but must work with the situation and to the best they can as most of the power to effect mergers come from the federal government.

Hearst Media quoted the Connecticut Attorney General William Tong last week as saying, “At this point, my focus is not on whether this merger will proceed... but how we can work with M&T to ensure that local jobs are protected, and that our communities remain a core priority. M&T has made significant public commitments to its employees and to Connecticut workers, as well as to the City of Bridgeport.”

That said, People’s United will move its headquarters to Buffalo, which means the higher paying jobs will likely go with them even as there will continue to be a presence in the local markets. Bridgeport is already a city that struggles to keep even moderate paying jobs.

But that is not the only merger that will impact the state. Webster Bank, presently located in Waterbury, will relocate to Stamford, Connecticut which is in the New York metropolitan area more than an hour away, and will surely impact jobs in the heart of the state.

The relocation is due to its merger with Sterling Bank. The two banks have not made statements about layoffs, which may have kept the merger out of the news comparatively, but will surely reshape the state’s economy with the changes. Waterbury, Connecticut will lose arguably its most well-known corporate headquarters.

Senator Blumenthal, however, is unlikely to object because the state still holds the jobs and theoretically, employees in Waterbury can relocate or commute. But small cities like Waterbury need decent paying jobs to function so two of the small state’s top five cities in terms of population will be affected.

Connecticut ranks among the worst states to do business, and has continued to lose financial sector jobs in particular with companies such as UBS pulling major offices out of the state. For the banking industry, it means less loans taking place in Connecticut when a bank moves a headquarters out even if the bank still has a strong regional presence.

When a bank moves in or out of a region, it is clear that it not only affects the employees of the bank but the entire region. A healthy regional banking community helps to bring about a healthy economy.