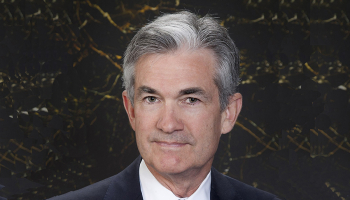 Powell was nominated to serve during the last administration and was confirmed by a bipartisan Senate vote in 2018. He has also served on the Fed board since 2012.

Rob Nichols, American Bankers Association (ABA) president and CEO, said: “Chair Powell has been tested in ways no other Fed chair has, and his strong response to the Covid-19 pandemic helped keep the country from suffering even greater economic harm.

“He has demonstrated a strong commitment to maintaining the safety and soundness of the banking system, while also looking for opportunities to enhance the regulatory framework, economic growth and financial inclusion.”

President Biden also announced that he was selected Fed Governor Lael Brainard to serve as vice chair. Brainard has served on the Fed board since 2014.

“Governor Brainard brings a wealth of experience and understanding of the economy to this critically important position,” Nichols added.

“She also understands the essential role banks of all sizes play in the economy. We look forward to continuing to work with Governor Brainard, Chair Powell and their colleagues at the Federal Reserve to grow the economy and expand opportunities for all Americans.”

Three seats on the Fed board still remain vacant, including the vice chair for supervision. President Biden signalled he will make those appointments “beginning in early December.”

Earlier this month, the Federal Reserve’s latest financial stability report revealed that banks continued to be profitable and well capitalized.