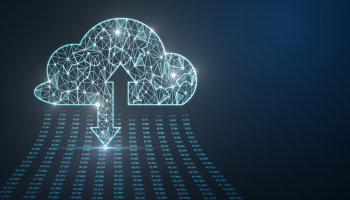 Seven in 10 bank IT executives say they are seeing incorporating cloud technology into products to help them achieve their business priorities, according to a recent survey released by banking software firm Temenos.

The New Economist Intelligence Unit Report: Capturing Value In the Cloud, which surveyed over 200 global banking IT executives, found that 43% of respondents in the US said that incorporating cloud computing into their organisation’s products and services would help them achieve their top business priorities to a greater extent, while 29.4% said to some extent.

The top driver for adopting cloud technology was cost reduction, cited by 40% of respondents in the survey.

Other top drivers of the technology were the adoption of artificial intelligence, business agility and to improve customer experience.

The survey also revealed that 82% of banking IT executives say that they have a clear strategy for adopting cloud technology.

More than half of respondents said that the security and privacy of data stored by third-party providers was their biggest concern. Meanwhile cloud infrastructure is and will be regulated in the future was seen as a top risk by 43.9% of respondents.

Questions around legal liability and compliance of data stored by third-party providers was seen as a top risk by 41%.

According to the report, questions remain over how cloud infrastructure is regulated and governed. The report stated: “Regulators are noting an increase in dependency of financial services firms on cloud providers, concerned that banks may over-rely on particular service prices to run critical systems, threatening financial stability.”

In a wider survey of banking executives conducted by the Economist Intelligence Unit earlier in 2021, including those outside the IT function, 81% of respondents agreed that a multi-cloud strategy will become a regulatory prerequisite.

As firms navigate tricky and technical new territory, 44% agreed that their organisation lacks the regulatory understanding it needs to advance its digital transformation objectives.