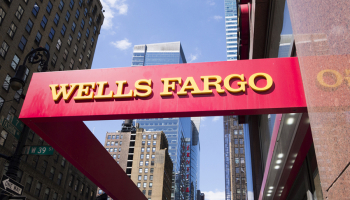 Flowers replaces Mandy Norton and will lead all aspects of Well Fargo’s independent risk management and its compliance risk management. He will continue to serve as a member of the company’s operating committee.

Most recently Flowers was head of strategic execution and operations where he was responsible the company’s risk, control, and regulatory priorities.

Previously, Flowers was the company’s chief market risk officer and its chief credit officer. In those roles, he was responsible for leadership and oversight of all credit, counterparty and market risk undertaken throughout the firm.

He also held roles in Well Fargo’s wholesale banking business, including as a wholesale credit manager, lending manager, and head of the corporate debt portfolio.

Norton, who became Wells Fargo’s CRO in 2018, announced her retirement earlier this month.

She joins from Bank First, where she was chief operating officer, and will report to Brad Hutjens, Nicolet National Bank’s chief credit and risk officer.

He will be responsible for the bank’s compliance and risk functions, reporting directly to chief administrative officer, Granville Tate Jr.