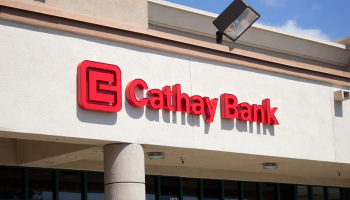 Chang M Liu, president and CEO at Cathay Bank, said the acquisition will benefit its clients with a “broadened suite of Cathay products and services and an extended branch network in the West”.

Prior to the completion of the acquisition, Cathay Bank had 47 bank branches in California, as well as 10 in New York State, four in Washington, two in both Texas and Chicago, and one in Maryland, Massachusetts, Nevada and New Jersey.

Fitch Ratings, in a report published in January, said it expects small and mid-sized banks to continue to announce merger and acquisition deals this year as they pursue growth.

The agency added that primary drivers for the expected continuation of M&A activity were increased scale, boosting the strength of a franchise and growing market share.

However, despite the ongoing M&A activity in the sector, it has come under closer scrutiny by regulators since the Biden administration issued an executive order in the summer of 2021.

The order placed closer inspection by politicians on the rules and regulations surrounding the merging of banks. At the time, Moody’s warned that the executive order could risk “stifling” some corporate activity.