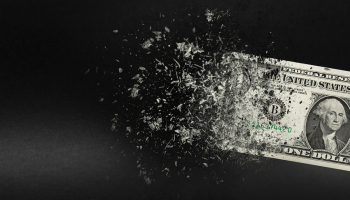 This week, the major indexes and in particular bank stocks started to come roaring back from the month of January. However, the much anticipated inflation increase has come, with the consumer price index rising above .6%, driving an inflation increase of 7.5%.

The numbers were even higher than analysts expected, and helped drop the Dow Jones by more than 400 points on Thursday.

A generation has gone by without experiencing inflation, with four decades passing by since the last time inflation increased at this level. After adjusting for inflation, real work earnings barely increased despite paychecks appearing higher.

A majority of analysts now expect the Fed to increase rates by .5%, instead of .25% in the next month, which was likely already built into the market. Analysts expect further hikes later in the year and could threaten the pace of United States economic growth. The housing market, and the cost of rent, continued to increase as well as vehicle costs.

Interestingly, Bitcoin has kept its gains over the past two weeks despite the equity market’s turbulence, and is expected by most analysts to continue to trade in a range between 40,000 and 50,000 in the near term.

Despite the fact that the federal reserve is clearly looking to fight inflation, any impact on pricing is not expected for several months. It will take time to work through the economy. According to Fitch Ratings, the credit risks to U.S. banks from a short term increase in inflation is not particularly troubling, but long term inflation could pose higher risks to the banking industry.

In past cycles, long term inflation has led to weaker earnings due in part, but not limited, to loan losses.

It can lead to increased borrowing costs and can impact credit quality and loan growth, according to ratings service.