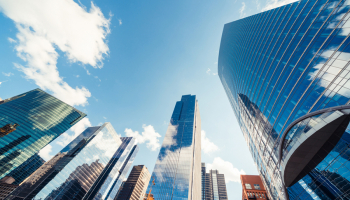 As of the time of the announcement in August 2021, the combined franchise is expected to have $7.4 billion in assets and 79 customer branches across Kentucky.

In the original announcement of the merger, James Hillebrand, chairmen and CEO of Stock Yards, said: “The transaction builds upon our market share in the Louisville market, as Commonwealth is the largest privately-held bank headquartered in the Louisville MSA, while also expanding our presence in Shelby County and Northern Kentucky.

“Additionally, and just as important, this combination significantly bolsters our wealth management capabilities, adding $2.6 billion in wealth and trust assets, and making Stock Yards the largest bank-owned trust company in the state.”

Meanwhile, Old National Bancorp and First Midwest Bancorp have completed their merger. The combined franchise will have a total of $46 billion in combined assets and $34 billion in assets under management, making it the sixth largest commercial bank headquartered in the Midwest.

Separately, M&T Bank Corporation and People’s United Financial have agreed to extend their merger agreement from June 1, 2022. The agreement was initially due to expire on February 21, but the two banks are still awaiting approval from the Federal Reserve to complete the merger.

Once merged, the franchise will operate across the US. The banking group said in a statement that it was committed to engagement with the communities it serves, including a commitment from M&T, headquartered in New York, of a $43 billion community growth plan.

If you would like to attend a
Free Banking Exchange webinar on Generation Z Banking,
Please click to register on the link below.
The event will take place on February 24. Thank you for supporting Banking Exchange.
https://event.on24.com/wcc/r/3624294/28B5F8B441274C617360F751DDB26A99?partnerref=BankingExchangeStory