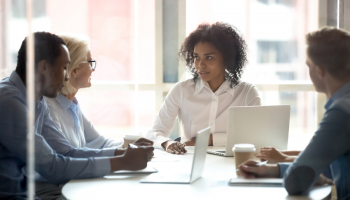 Global asset manager Ariel Investments revealed the findings of its study of black, Latino and Latina Fortune 500 board members.

The study fielded responses, with the help of its data partner Momentive, from 151 black, Latino and Latina Fortune 500 corporate directors and, separately, polled 4,958 US workers across races for comparison.

The study found that 90% of the surveyed directors said their boards were more racially diverse compared to five years ago.

It also revealed that in companies where DEI was prioritized, 82% of directors said the company invested capital to support DEI initiatives, with 71% saying they felt the capital committed was sufficient.

However, many cited several obstacles to progress on DEI issues.

Ariel Investments reported that 45% of respondents said boards did not prepare organizational leaders for effective oversight of DEI and required better training. The same amount said diverse directors on boards didn’t have oversight of DEI through nominating and governance committees.

Ariel and Momentive also found a significant difference in workers’ and diverse directors’ opinions concerning the perceived intentions behind DEI.

The majority of diverse directors believed companies acted on DEI out of interest of the experience of diverse employees (66%), concern for social inequality (59%), and the interests of shareholders (59%).

However, the majority of workers (62%) believed that companies acted on DEI out of concern for public relations or because of political concerns. Ariel believed this could be due to “a lack of information sharing and a disconnect”, as 37% of directors thought leadership teams were “out of touch” with the experience of diverse employees.

The study comes as ESG and DEI factors are becoming increasingly important to companies. A recent report by Signal AI found that the majority of business leaders think reputation, of which ESG and DEI efforts are significant, is among the leading factors in financial performance.