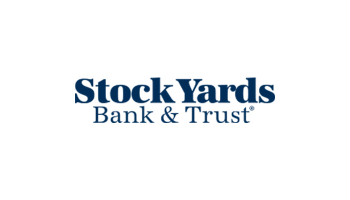 Stock Yards Bancorp has announced the completion of its acquisition of Commonwealth Bancshares, following final regulatory approval in February.

In an announcement made on March 7, 2022, Stock Yards said the two companies would continue to operate under their respective brands until March 28, when the system integration will be completed.

Commonwealth clients should continue to use Commonwealth branches, checks, bank cards, online and mobile banking as normal, and are not expected to experience “any immediate changes” as a result of the merger.

The acquisition, which was first announced in August 2021, is expected to add $2.6 billion in wealth and trust assets to Stock Yards, as of the date of the announcement.

At completion, the combined franchise will have total assets of $7.4 billion, a loan book of $9.4 billion and deposits of $6.4 billion.

James Hillebrand, chairman and CEO of Stock Yards, said: “This acquisition brings together two Louisville-based community banks who are like-minded, with complementary cultures.

“The transaction not only builds upon our already prominent market share in the Louisville market, as Commonwealth is the largest privately-held bank headquartered in the Louisville MSA, but also expands our presence in the attractive Shelby County and Northern Kentucky markets.”

Stock Yards announced in mid-February that it had received regulatory approval for the acquisition from the Federal Reserve.

It had also received approval from the Federal Deposit Insurance Corporation and the Kentucky Department of Financial Institutions, thereby receiving all approval required to proceed with the deal.

This month, M&T received regulatory approval from the Federal Reserve Board for its merger with People’s United. The merger is expected to be completed on June 1, 2022.

Upon completion of the merger, the combined company will be the 11th largest in the US, with assets of $200 billion. People’s United headquarters in Bridgeport, Connecticut will become the New England regional headquarters for M&T.