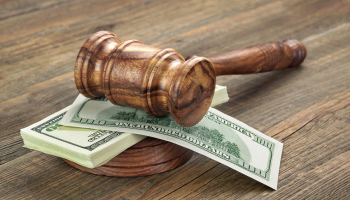 The Office for the Comptroller of the Currency (OCC) has fined and banned a former bank chief operations officer for providing false information relating to loans he helped arrange.

Francis Eversman, who worked for Illionois-based Tempo Bank since 1980 according to his LinkedIn profile, has been fined $100,000 for including false information in loans applications processed by the bank and for concealing the existence of loans.

Eversman has neither admitted nor denied the charges, according to the OCC’s notice. Tempo Bank, which has not been penalized, declined to comment when approached by Banking Exchange.

According to the OCC’s consent order, published on March 17, Eversman caused Tempo Bank to originate 15 mortgage loans, worth a total of $3,588,800, between October 17, 2013, to August 4, 2016. The former COO knowingly included false information, including false appraisals in the 15 loan files, the regulator said.

Eversman also concealed the existence of the loans from both the bank and the OCC for at least three years up to March 10, 2020.

The violations created a “pattern of misconduct” that caused “more than a minimal loss” to the bank, the OCC’s notice stated.

“[Eversman’s] misconduct demonstrated personal dishonesty and willful or continuing disregard for the safety and soundness of the bank,” according to the OCC.

Alongside the fine, Eversman has also been banned from working in any financial institutions or agencies.

Tempo Bank is based in Trenton, Illinois, and has $76 million in total deposits held across two offices, according to the Federal Deposit Insurance Corporation.