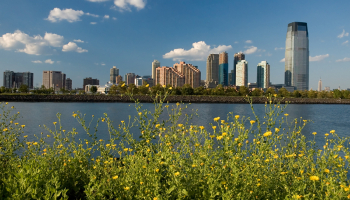 The Securities and Exchange Commission (SEC) is investigating Goldman Sachs’ asset management arm in relation to its ESG investments, according to multiple reports.

While the financial regulator and Goldman Sachs have not issued public comment, multiple news sources report that the SEC is investigating potential greenwashing within the firm’s mutual funds division.

The Wall Street Journal, which first reported the investigation, claimed certain Goldman Sachs funds that include terms such as ‘clean energy’ or ‘ESG’ in their names are facing scrutiny by the SEC.

The firm manages at least four such funds, including the US Equity ESG Fund, which was rebranded from Blue Chip Fund in June 2020. However, it is unknown which specific funds are facing scrutiny.

The investigation is the latest known example of the SEC’s recent crackdown on potential greenwashing. In May, the SEC fined an investment subsidiary of BNY Mellon $1.5 million for alleged misstatements surrounding ESG policies for some of its investment strategies.

The company faced charges for implying that all investments in some funds had undergone an ESG quality review, but this was not always the case. It has since updated the relevant documents.

Speaking on the BNY Mellon case, Adam Aderton, co-chief of the SEC Enforcement Division’s Asset Management Unit, said: “As this action illustrates, the Commission will hold investment advisers accountable when they do not accurately describe their incorporation of ESG factors into their investment selection process.”

Kristin Snyder, partner at law firm Debevoise & Plimpton and a former SEC deputy director, told the Financial Times that it was “highly likely” that further cases would be brought by the end of the regulator’s financial year on September 30.

Earlier this month, Germany-based fund manager DWS was raided by German authorities in relation to alleged misleading information about its ESG funds and strategies.