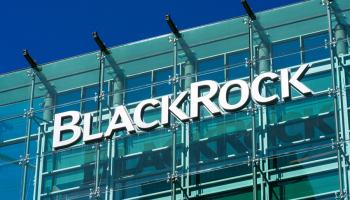 BlackRock is to launch a “perpetual infrastructure strategy” aimed at financing the transition to a low-carbon economy.

The new strategy will lead to a range of open-ended funds that the company said it planned to launch in the second half of this year.

In a statement announcing the launch, BlackRock — the world’s largest asset manager with $9.6 trillion in total assets under management — said it planned to partner with “leading infrastructure businesses over the long term to help drive the global energy transition”.

Its subsidiary, BlackRock Alternative Investors, will manage the strategy through its infrastructure investment platform. Investments will be made in core assets with the aim of creating “resilient, inflation-linked returns for investors, while creating growth in the real economy”, the company said.

While more than half of the strategy will be allocated to European investments initially, BlackRock said the proposition would become “increasingly global” in the future.

The strategy will prioritize investments in global megatrends such as the energy transition and energy security, as well as digital and community infrastructure, sustainable mobility, and the circular economy.

Edwin Conway, global head of BlackRock Alternative Investors, said: “We believe the intersection of infrastructure and sustainability will be one of the biggest opportunities in alternative investments in the coming years.

“At the same time, recent events have sharpened the focus on energy security and further compounded the need for infrastructure investment. Private markets will continue to play a pivotal role in the energy transition, and we are pleased to offer our clients another way to go beyond simply navigating the transition to driving it forward.”

Elsewhere in Europe, BlueOrchard, Schroders’ impact investing arm, has been appointed to create an impact mandate for Luxembourg’s Ministry of Finance. The mandate is also focused on the energy transition.

BlueOrchard will aid the ministry in launching a mandate “contributing to the transition to carbon-neutral and resilient economies”, it said in a statement, while also targeting sustainable growth in emerging markets.

The appointment follows the launch of the BlueOrchard Financial Inclusion Fund, aiming to boost the provision of financial services to low-income individuals around the world.