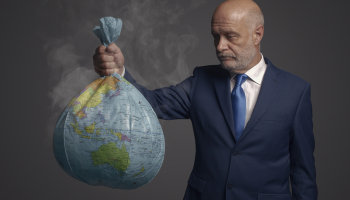 Corporations are failing to “walk the walk” on social or environmental impacts, according to a new poll of US individuals.

Most Americans (86%) surveyed by Just Capital believe companies “often hide behind public declarations of support for stakeholders but don’t walk the walk”, the research found.

“Americans consistently believe that companies remain firmly wedded to the shareholder primacy model and that there continues to be a basic mismatch between what the public wants companies to prioritize (their workers) and what they perceive companies are actually prioritizing (their shareholders),” said Jennifer Tonti, managing director of survey research and insights at Just Capital.

This is despite growing demand for impact investments from a wide range of investors. A recent survey by Calvert found that 88% of financial advisors aim to increase impact investments in their clients’ portfolios over the course of the next 12 months.

Respondents to Just Capital’s survey also believe that shareholders are the top priority for most companies, significantly ahead of other issues and stakeholders such as customers, workers’ health and safety, and local communities.

This is despite a pledge from the Business Roundtable — a group of leading US corporate CEOs — two years ago that corporations would move to a “stakeholder model” that included the views of a wider group of people rather than just direct investors.

In the 2018 edition of Just Capital’s annual survey, 58% of respondents said companies had a positive impact on society overall. By this year’s survey, however, this figure had fallen to 49%.