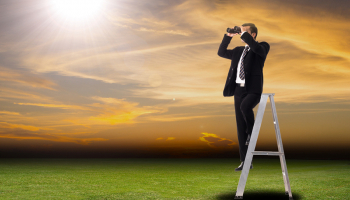 Paul Taylor, president of PacWest Bancorp and its subsidiary Pacific Western Bank, has been named CEO of both entities with effect from January 1, 2023. Current CEO Matthew Wagner is to become executive chairman of the boards of directors for the company and the bank for a one-year term beginning on the same date.

He will transition to the newly created position of vice chairman, a role in which the company said Busch will continue to be involved in business development as a member of both the holding company’s and bank’s boards of directors.

TowneBank — COO Brad Schwartz is to retire at the end of this year. The Virginia-based bank said he will serve as a senior advisor through 2025 “to ensure a smooth transition of his roles and responsibilities”.

Schwartz joined Towne in 2016 as COO following the merger with Monarch Bank, where he was CEO since 2009.

The board has named William Foster III to succeed Schwartz as company president. Foster is also to take over as CEO at the end of this year, succeeding Morgan Davis.

BOK Financial — Oklahoma’s BOK Financial has announced that chief financial officer Steven Nell is to retire at the end of March 2023 after 30 years with the company.

KeyCorp — Donald Kimble, CFO and chief administrative officer at KeyCorp, is to retire at the start of May next year. Chief strategy officer Clark Khayat will succeed Kimble as CFO.

Khayat joined the firm in 2012, first to lead corporate strategy and later as group head of commercial payments.

Bank president James Olevson has been named as Anderson’s successor as the bank’s CEO, starting from January 1, 2023. Olevson was appointed president of the bank in April 2022, and was previously chief lending officer at MainStreet Bank.

Bankwell — The Connecticut-based bank has named Courtney Sacchetti as CFO, effective January 1, 2023. She has worked for Bankwell for the past six years as director of financial planning and analysis.

Sacchetti previously worked for GE Capital in various finance and regulatory positions over the course of 18 years.

Blake is the bank’s senior vice president and chief operating officer, a role he has held since 2021. He has worked for BCB for the past 14 years.

In a statement, the bank said Blake was the “the youngest senior C-suite banker in New Jersey and the first out LGBT+ executive to serve on BCB’s board of directors”.

The Office of the Comptroller of the Currency — The banking regulator has appointed Johnny Stanley as deputy comptroller for the northeast and east regions with effect from December 4. He has been in the position on an acting basis since June.

In his new role, Stanley will oversee more than 200 community banks and federal savings associations across 19 states, with $273 billion in assets between them. He joined the OCC in 2008 and has previously worked in the OCC’s San Francisco field office.