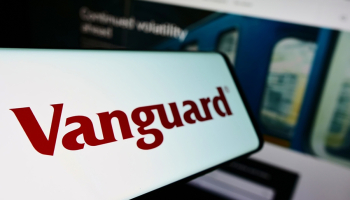 Vanguard has exited a global coalition of asset managers less than two years after it joined the collaborative effort to achieve net-zero carbon emissions in investment portfolios.

The $7 trillion asset manager officially left the Net Zero Asset Managers (NZAM) Initiative last week, according to a statement on its website, although it said it had been planning the move for some time.

Major investment houses such as Vanguard and BlackRock have found themselves at the center of a political storm regarding environmental investing goals. BlackRock has lost mandates from some US state-run funds due to its strong stance regarding fossil fuel companies, with politicians — mostly Republicans — denouncing the asset manager’s approach.

In a statement to the Financial Times last week NZAM said Vanguard’s decision was “regrettable”. Kirsten Snow Spalding, of investor coalition Ceres, a founding partner of NZAM, told the newspaper it was “unfortunate that political pressure is impacting this crucial economic imperative and attempting to block companies from effectively managing risks”.

However, Vanguard’s statement clarified it still held the belief that climate change was an important issue for investors.

“Climate change, and the ongoing global response, will have far-reaching economic consequences for companies, financial markets, and investors, presenting a clear example of a material and multifaceted financial risk,” the company said.

“Vanguard has been taking steps to understand and attend to this risk to investors’ returns, including through our engagements with portfolio companies, policymakers, and broader industry efforts.”

Vanguard’s move may instead reflect the difficulties it faces in complying with the NZAM promises. According to the initiative’s website, its more than 200 signatories have promised to ensure all assets under management are net-zero by 2050, with interim targets set for 2030. Signatories also pledge to engage with stakeholders across the investment value chain as well as policymakers to push for change.

In its statement, Vanguard cited “confusion about the views of individual investment firms” that it claimed such initiatives can cause. It added that this was particularly the case when trying to apply “net-zero approaches to the broadly diversified index funds favored by many Vanguard investors”.

The company’s biggest fund is the $1.2 trillion Vanguard Total Stock Market Index fund, which holds more than 4,000 stocks. Transitioning this portfolio to net zero would require a significant change in investment policy and approach which may not be in keeping with what its investors expect.

Vanguard said it would continue to help investors “navigate the risks that climate change can pose to their long-term returns” by providing information and products, including portfolios aligned to net zero and other environmental goals. The company currently offers seven ESG-aligned products to US individual investors, including the $13.7 billion Vanguard FTSE Social Index Fund.

The company said it would also “continue to interact with companies held by Vanguard funds to understand how they address material risks, including climate risk, in the interests of long-term investors”, and would maintain regular public reporting on its efforts to address climate risks.