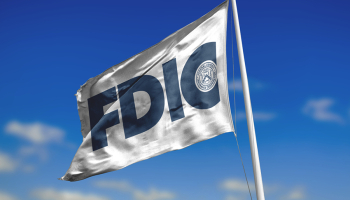 The Federal Deposit Insurance Corporation (FDIC) has appointed managers for its impact investment fund aimed at supporting “mission-driven” US banks.

The fund was first announced in September 2021, with capital commitments from Truist Financial Corporation, Microsoft and Warner Bros Discovery totalling $120 million. The fund ultimately aims to reach between $500 million and $1 billion in assets.

Elizabeth Park Capital Management specializes is strategies focused on the US banking sector and banking technology. Calvert Impact is a non-profit impact investment manager and has helped to mobilize more than $4 billion “to grow local community and green finance organizations”, according to its website.

Both Truist and Microsoft, along with subadvisors Strategic Value Bank Partners and West Potomac Capital, will provide “operational and technical assistance” to banks and institutions held in the Mission Driven Bank Fund’s portfolio.

“The FDIC is pleased that Microsoft and Truist have selected managers for the Mission-Driven Bank Fund to provide capital investment for MDIs and CDFI banks,” said Betty Rudolph, director of the FDIC’s Office of Minority and Community Development Banking.

“These institutions play a vital role in their communities, offering small businesses and families access to critically needed financial products and services.”

There are approximately 300 mission-driven banks across the US, the two asset managers said. These institutions “are essential in expanding access to credit in traditionally unbanked and rural communities and communities of color”, through providing lending and depository services for individuals, families, and small businesses.

According to research by the FDIC, approximately 4.5% of US households were ‘unbanked’ in 2021 — meaning they had no access to checking or savings accounts. While this was the lowest rate since the corporation launched its survey in 2009, it still amounted to nearly 6 million people without a bank or credit union account.

The FDIC has been actively working to address this unbanked population over the past two years. In July last year it launched a “tech sprint” to invite innovative ways to bring basic financial services to underserved groups.