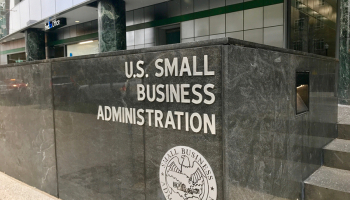 The SBA has proposed to lift a moratorium on small business lending companies and to “loosen or remove” underwriting requirements, according to a statement from the Independent Community Bankers of America (ICBA) in opposition to the plans.

The ICBA, the American Bankers Association (ABA), and others have warned the proposals could weaken protections for borrowers and open up lending markets to unregulated companies.

It follows a report from House Select Subcommittee on the Coronavirus Crisis released in December that criticized several fintechs for poor due diligence when processing loans through the Paycheck Protection Program (PPP).

“The SBA’s proposal to allow nonbank fintechs and other non-federally regulated institutions to participate in its successful 7(a) loan program could unintentionally harm the very borrowers the SBA is trying to aid as well as the program’s underwriting standards,” ICBA president and CEO Rebeca Romero Rainey said.

In a separate letter to SBA administrator Isabel Guzman, the ABA warned loosening current rules “may negatively impact the performance of loans made under the 7(a) Program, threaten the integrity of the program, and lead to increased borrower and lender fees”.