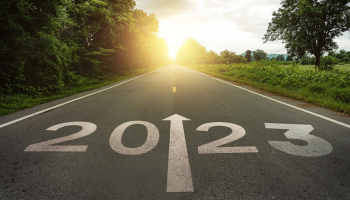 First Business Bank — The Wisconsin-based bank’s CEO Mark Meloy has been promoted to executive vice president of First Business Financial Services, the bank’s parent company. He has worked at the bank since 2000.

Meloy is succeeded as bank CEO by Jim Hartlieb, who has been bank president since 2015 — a role he will retain.

At the same time, chief operating officer Dave Seiler has been named president and COO of First Business Financial Services. He has been COO of the bank for six years.

FDIC — At the start of the month, Martin Gruenberg was sworn in as chair of the Federal Deposit Insurance Corporation (FDIC) for a five-year term, while vice chair Travis Hill and director Jonathan McKernan were appointed to the board.

Gruenberg previously held the role of chair from November 2012 to June 2018 and has been on the FDIC’s board since 2005.

Federal Reserve Bank of New York — The New York Fed has named Vincent Alvarez as chair of its board of directors. Alvarez is president of the New York City Central Labor Council at AFL-CIO. He was deputy chair last year and has been a director since 2019.

Tengel succeeds Christopher Oddleifson, who has been the bank’s CEO since 2003, growing from $2 billion in total assets to nearly $20 billion, according to a statement from the company. Oddleifson is to remain with the bank in an advisory role until the end of this year.

Tengel joins from M&T Bank where he was senior executive vice president and head of commercial specialty banking. Prior to that he was responsible for commercial and retail banking and wealth management at People’s United Financial, which was acquired by M&T last year.

Citizens Bank of Philadelphia — President and CEO Greg McKee is to step down from his positions at the bank at the end of this month, the Mississippi-based bank has announced. His successor is expected to be announced later this month.

Stewart — previously principal accounting officer at WaFd Bank — takes on the role from Mag Wangsuwana, who CalPrivate said would remain with the company until the end of March “to ensure a smooth transition”.

CIB Marine — The Wisconsin-based bank expects to hire approximately 30 mortgage loan officers and other operational staff following the appointment of Frank Binetti as director of mortgage operations. The hires are aimed at doubling the bank’s mortgage lending capacity.

Merchants & Marine Bank — Jeff Trammell has been promoted to chief operations officer at the Mississippi-based bank. He was previously chief risk and strategy officer, a position he has held since joining the company in 2019.

According to a statement from the bank, Trammell has contributed to improving its credit risk management program and helped set up the bank’s CannaFirst Financial division, providing financial services to medicinal cannabis businesses and professionals.

Fulton Bank — Dara Bachman has been promoted to president of the Pennsylvania bank’s private banking arm. She will be responsible for Fulton Private Bank’s wealth management offering to high-net-worth clients, the company said in a statement. Bachman joined Fulton in April 2021 and was most recently director of family wealth.

Clark has worked at TowneBank since 2006 when he joined as a senior business analyst. He has held leadership roles in loan administration and banking operations before taking over as chief human resources officer in 2019.

Finward Bancorp — Chief risk officer Leane Cerven is to retire on May 5, 2023, the Indiana-based banking group has announced.

Lynette Klemm, currently Peoples Bank’s director of audit, will replace Cerven on an interim basis until the bank identifies a permanent successor.

Namputhiripad joins from The Bancorp, where he was a managing director and helped establish the company’s Global Financial Crimes Risk Management Center of Excellence. He has also worked in senior risk and compliance roles at Morgan Stanley and FHL Bank.