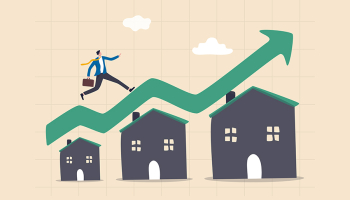 Mortgage rates continued to fall last week, which has triggered gains in refinancing applications. It was the third straight week that mortgage demand grew.

If the trend continues, some analysts have speculated that there could be an uptick in the housing market just in time for the spring selling season. That said, refinancing is less than 20% of what it was a year ago and interest rates are almost twice as high.

First time mortgage applications also rose by 3% week over week, with some signs of uptick of actual sales growth. Housing prices are still at a stand still, with less inventory matching less demand. Buyer activity is moving up slightly, but pricing concerns are still what is slowing activity.

Buyers are concerned that they do not want to be caught coming into the market just when another downturn begins. Rental rates, however, are still astronomically high keeping pace with the past year’s rise in interest rates.

Renters are paying more even if housing prices still price them out of the buying market.