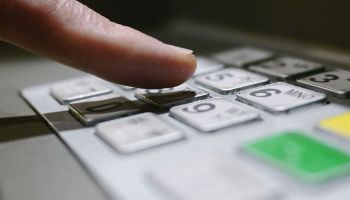 Call it Back to the Future IV. People are talking about ATMs again. And not just as a cost center to be managed or a mature asset to be maintained, but as an investment priority and, increasingly, as a competitive imperative.

ATMs are not the profit centers they once were, nor are there expectations that they will be. But leading banks’ behind-the-scenes investments in advancing their ATM technology platforms (and their broader technology infrastructure) over the past several years have laid the foundation for new features and functionality—most notably image-enabled deposits—that are changing consumers’ ATM experience in meaningful ways.

With significant benefits to be gained from the mass-market rollout of deposit imaging, and further challenges and opportunities looming on the horizon with the rise of mobile banking and payments, banks are re-thinking the ATM’s role within their distribution strategies.

ATMs have become exciting again. With the banks’ renewed focus on the channel, we may be entering a fourth “phase” in the U.S. ATM industry’s evolution: channel resurgence.

To understand evolving ATM strategies, First Annapolis spoke with a number of leading banks earlier this year about channel focus; deployment and placement strategies; technology investments; and priorities for ATM functionality. This article is based on those findings, along with other primary and secondary research we have conducted over the past several years.

For the past several years, the leading banks have been slowly returning to the customer-service roots of the ATM channel, with their primary strategic focus now shifting from simply expanding access to enhancing the user experience (chart, above).

In recent years, banks have focused on increasing customers’ fee-free ATM access through direct deployment and alternative arrangements (e.g., independent service organizations, or ISOs). Many of them have now achieved their optimal network size.

As deposit imaging gains traction and initial rollouts demonstrate early returns in terms of transaction migration and increased customer satisfaction, a renewed focus on the user experience is reflected in banks’ channel strategies.

Direct profitability, while still an important factor in managing the business, is no longer a strategic driver for most banks.

Leading banks’ ATM deployment strategies tend to be in line with their retail customer-service focus. That is, they serve their existing customer bases, and so they utilize on-premise units along with off-premise deployments within the bank’s overall footprint.

Currently, leading banks average 2.8 ATMs per branch (including bank-owned ATMs and bank-branded ATMs owned by ISOs). The average bank fleet is 60% on premise/40% off premise, with many banks supplementing direct off-premise placements with branded ISO-owned locations.

Looking forward, most deployers believe they are at or close to the “right” number of ATMs for their customer base. As such, they are more focused on rationalizing current placements and filling distribution gaps than on wholesale expansion of ATM networks. Future growth is expected to be in line with banks’ branch network expansion, with most of the growth on-premise, plus limited off-premise expansion in select markets to fill service gaps or support new branches.

Says a regional bank’s channel manager: “We were focused on aggressively expanding deployments, but in the past year or so, we feel we have finally achieved the right density. The goal now is to improve the experience at the machine. Our priorities are focused on imaging, marketing, and, increasingly, migrating teller functions to the ATM.”

Investing in the customer experience

With their network footprints more or less stabilized, banks appear to be shifting focus more toward the customer experience they deliver—or want to deliver—via the ATM. In some cases this means screen designs that are more intuitive or an updated look-and-feel that better reflects a bank’s brand. In other cases it means increased speed and convenience with personalized transaction preferences or better positioning of the ATM as a full-service delivery service with image-enabled deposits and extended cutoff times.

The ATM experience banks are able to deliver is very much tied to the technology foundation that underpins their networks. Historical investment in ATM technology has varied significantly among leading banks. For some, maintaining and upgrading ATM technology is part of the strategy. For others, competing demands for resources or a strategy of leveraging depreciation runoff have constrained investment.

The result: a stratification of ATM functionality and capabilities (chart, p. 27). Those that have invested in upgrading technology infrastructure are realizing operational benefits—in the form of development cost savings, lower hardware costs, and improved consistency—and are positioned to introduce more functionality. For others, significant investments in completing a migration to Windows and/or the bank’s end-state software destination are the core foundational items required before moving forward.

With the four largest deployers (Bank of America, JPMorgan Chase, Wells Fargo, and Citibank) having completed their conversions to image-enabled ATMs, the bar for ATM functionality has been raised. Most other banks are currently in some stage of rollout of deposit-imaging capabilities. With early positive returns, the business case for deposit imaging is driving many banks’ fleet upgrades.

The case for deposit imaging is compelling in terms of the significant cost-savings associated with the elimination of daily deposit pickup and transportation expense, as well as the renewed opportunity to migrate transactions to a self-service environment by improving the customer experience. One early mover saw ATM deposit volume increase by 75% in the first 12 months after rolling out deposit imaging, and many other deployers have experienced similar lifts and shifts in volume. Earlier this year, Bank of America announced a milestone: half of its branch deposits now come through the ATM channel.

Backed by a compelling business case for a fleet upgrade, banks indicate they are now actively investing in ATM technology and functionality—but existing platforms will drive their investment priorities, capabilities, and timelines. Deployers’ current priorities are focused on completing rollouts of image-enabled deposits, and their sights are set on leveraging upgraded networks to enable product offers, preferences, and targeted-marketing capabilities down the road.

The result is that the ATM user experience, which until recently has been largely undifferentiated, is starting to become a competitive factor. Deposit imaging is poised to become standard, and the changes it enables, in terms of extending deposit cutoff times and improving the overall user experience, are resetting consumer expectations.

The divide between the “haves” and “have nots” is becoming more pronounced, and a number of banks are now playing catch-up. This dynamic is driving a broad-based reinvigoration of investment in the ATM channel that extends beyond just the short-term conversion to image-enabled ATMs, and is laying the foundation for banks to redefine the role of the ATM within their broader distribution strategies.

Channel discussions are no longer focused exclusively on the more mundane and tactical aspects of managing an ATM fleet. They center on bigger, strategic questions:

• How can banks leverage ATMs (and other networked devices) to deliver additional services and enhance customer relationships?

• How will ATMs and other self-service channels work together to increasingly replace the traditional branch as consumers’ primary point of interaction with banks?

• How can banks use ATMs to complement or enhance innovations in mobile technology?