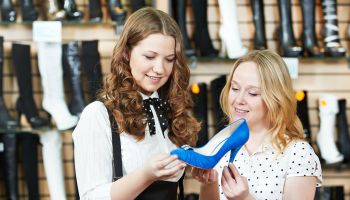 If there was one word to dominate the recent National Retail Federation’s annual convention and expo in New York, it has to be “omnichannel.” Suddenly, the country’s merchants are recognizing that today’s shoppers shop whenever, wherever, however, and in whatever combination is most convenient and economical for them—and that the merchants need to accommodate that dynamic.

Consider this quote from one of the vendors at the NRF show: “Consumers don’t think in terms of ‘channels,’ and neither should retailers. They think, ‘I need to buy shoes today,’ rather than ‘I’ll buy shoes from this retailer’s website instead of driving to their store today.’ She’s going to buy shoes in the most convenient way. The retailer who moves fluidly in this channel-agnostic environment wins,” says Lori Schafer, SAS retail executive advisor.

Of course, this all is very familiar to retail bankers. It’s a given now that bank customers demand anywhere, anytime, anyhow access to their banks.

Going forward, though, basic questions of security and responsibility will take on added importance as retailers and bankers further embrace the omnichannel delivery model.

The retail world—similar to the banking world—is responding to market demands. A quick look at one indicator of this, the 2013 holiday season, makes it clear. comScore, which tracks such things, reported holiday season U.S. retail ecommerce spending from desktop computers alone reached $46.4 billion, an increase of 10% from a year before. It would have been more if the spending season hadn’t been just three weeks, due to the vagary of last year’s calendar.

To see how “omnichannel” and its relative “customer-centricity” have broken through to retailers’ conciousness, just a quick look at the titles of break-out sessions at the NRF convention highlights suffices:

At the same time, the vendors at the expo were out in force promoting omnichannel. Here are just a few examples that were announced at the show:

•            Vantiv partnered with Microsoft to deliver a new range of solutions for mobile point-of-sale and cloud-connected payments. They claim to be able to make it easier for businesses to offer seamless payment experiences.

•            RetailNext issued a set of enterprise application programming interfaces that, in combination with its industry partners, “enable retailers to provide a 360-degree view of the customer across channels and address them with personalized content.”

•            attune Consulting, which engages with those in the fashion and lifestyle industries, says “Over the next 12-18 months, retailers can expect to offer a richer, more personalized omnichannel shopping experience through their mobile POS deployments.”

•            Cimagine Media’s augmented reality platform now is pre-integrated with NCR’s Clienteleing offering so that, at a click of a button on a sales associate’s tablet, consumers can instantly visualize how home and office goods would fit in their intended surroundings. “Today’s connected consumers demand more information than ever before making their final purchase decisions,” says Yoni Nevo, CEO, Cimagine Media.

All this is very interesting, surely, and retailers and bankers have a lot to learn from each other, as well as from their customers. Just as banks have had to deal with the conundrum of providing customers what they want, but in a safe and secure way, so will retailers.

An IBM study (released at the NRF show) finds that consumers are willing to share their personal information with retailers, particularly if they get good value in exchange. “[Customers] simply expect to be able to use their technology in all aspects of their life, including how they shop,” the survey says.

Meanwhile, however, a separate survey by McCann Worldgroup finds that the fear of sharing personal data by U.S. consumers rose considerably in the past two years, with a growing need for personal privacy detected, particularly among younger consumers.

Interestingly, one main conclusion of this particular survey was: “What did not change, however, is that banks are still the most trusted institution when it comes to using sensitive personal information properly.”

Which brings up the issue of security. Customers are going to buy stuff wherever and however they want. Criminals are going to continue to pry into weak spots of the retail payments chain. As retailers, assisted by vendors, ramp up their omnichannel capabilities, it follows that criminals will ramp up their efforts to defeat whatever protections are, or exploit what are not, put in place.

Recent events show just how damaging such cyber attacks can be in the retail world, with the Target security breach becoming the poster child for what possibly could become a more common experience. Bankers and retailers will need to confer closely on the ramifications—particularly who pays and/or cleans up afterwards.

ABA’s team of payments and security experts are looking at the Target incident in particular, and the bank-retailer relationship in general. ABA Chairman Jeff Plagge said in a recent letter to bank CEOs that “banks continue to be willing to go to the next level to improve the security of our card systems to benefit customers.”

However, says Plagge, “Merchants and others have a shared responsibility too…They must take responsibility both for their missteps and for investing adequate resources to protect their systems from breach.”

Tagged under Retail Banking, Making Sense of it All, Channels, Blogs,

More in this category: « Is wearable technology the next banking channel? BYOD is here to stay »
back to top