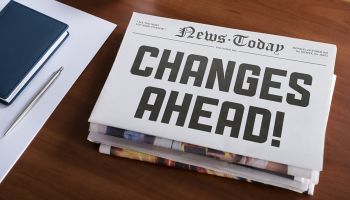 Recent announcements by NCR Corp., Diebold, and Wincor Nixdorf, all major ATM manufacturers, indicate that the much-talked-about need to transform bank branches from transaction points to selling nodes is about to finally materialize.

“The bank branch is poised to change more in the next 18 months than it has in the previous 30 years combined,” NCR says in a press release.

That statement comes in the announcement that NCR has established a 50-person team in Draper, Utah, dedicated to developing “NCR Interactive Services,” a portfolio of technology intended to expand and deepen consumer relationships with banks.

Meanwhile, Wincor Nixdorf highlighted a recent study that finds banks world-wide by 2017 will invest about $16 billion in branch transformations and the new technologies it requires.

“Worldwide demand for automation technology is rising. We want to support banks around the world through software in particular in implementing branch transformation projects, optimizing omnichannel sales, and improving the customer experience,” says Eckard Heidloff, CEO.

Such vendor investment in the technologies needed to make bank branches relevant for today’s digitally-oriented bank customers has long been expected. Bob Meara, analyst with Celent, for years has advocated for a fundamental re-envisioning of bank branches. For example, in a blog posted this summer, he points out three major imperatives for banks and their branches:

In a parenthetical and rhetorical question later in this blog, Meara asks: “Seriously, why is there still a debate?”

NCR’s new team in Utah will seek to fine-tune and implement technologies exactly along these lines:

• Remote-assisted service, in which customers interact with a live video teller.

• In-person assisted service, which allows branch employees to move from station to station within a branch while monitoring customers’ interactions for indications that they may need personalized assistance.

Meanwhile, Wincor Nixdorf is developing much the same functionalities, described this way:

“Innovative self-service technology serves as a bridge to other channels. Customizable screens and intuitive touch interfaces at self-service terminals, for example, ensure fast transactions. Another example is ATMs that can be operated via smart phone.”

Diebold’s new series 5500 ATMs, in addition to anti-skimming and other security features, specifically are designed to “delight its customers.” Toward that end, they use “modern design, 15-inch high-definition touchscreen display, vibrant color collections, mobile-ready functionality, and optional two-way ʻConcierge Video Service’ capabilities” by which “consumer’s needs are met with anytime, anywhere banking access.”

All of which harks back to Meara’s final points that 1. most banks serve a diverse customer base, and 2. while customers increasingly transact digitally, they prefer to engage face-to-face.

“The reality is unavoidable,” he says. “After two decades of digital commerce growth, in-store shopping still dominates. Why no debate about the ‘store of the future’? Probably because, unlike banks that have largely neglected the branch channel for a few decades, most stores invest in optimizing their retail model.”

With the affirmative attention of the vendors who likely will reshape the branch of the future, the new branch retail model likely is due to be optimized.

Why ‘Branch of the Future’ must be a Priority

Diebold Enhances ATM Design, Security -- Inside and Out -- for More Secure, Cost-Efficient and Reliable Operation