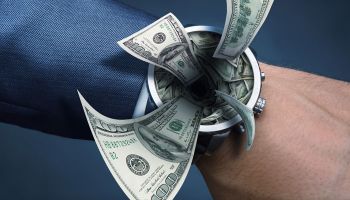 Reading the literature about the development of real-time payments in the U.S. can really get you scratching your head.

First, it’s discussed as being a brand new thing; then it’s apparent that real-time payments have been around for generations.

Second, it’s seen as something that will take multiple years and billions of dollars to develop; then you read that several vendors already have products available.

Third, you hear admonitions from regulators that any real-time payment system has to keep consumers front and center, but then you read that the developers already focus on consumers.

Here’s a first attempt to sort this out.

Consumers say they want it

“In a real-time transaction, you can send a payment through your online banking website or your mobile banking app or, if desired, from your bank’s branch office that’s received within seconds. … Recipients have access to those funds for use right away.”

Such transfers can be from one person to another, or between one person’s accounts, or, commonly, to persons or accounts overseas, FIS says.

After polling 1,500 people, FIS concludes: “Many consumers want real-time payments to become a reality and they prefer them to be provided through their primary financial providers’ online banking service and/or mobile banking app. In order to leverage consumer demand for real-time payments, financial institutions will need to determine which applications are best aligned with their target customers’ needs and how real-time payments fit with their strategic initiatives and competitive positioning.”

More mythology than the Greeks had

Clear enough. But then Celent, in a report issued this summer, looks into what it calls the “myths” surrounding conversations about real-time payments in the U.S.:

“Four myths dominate most conversations. The first is that real-time payments are limited to a handful of countries. The reality is that there are at least 35 countries with at least one system. The second myth is that real-time payments are a recent innovation. They are not; some systems are more than 40 years old. The third myth is that adoption of real-time systems is only ever driven by regulatory pressure. The report highlights examples from Sweden and Poland where nonbanks launched their own systems, forcing banks to respond or risk being disintermediated. Finally, the fourth myth centers around the impact on banks’ wire revenue, which many incorrectly believe will be impacted.”

But reality’s coming into clearer focus

So, apparently, there are many players already in this game, which leads to a couple of points. ACI Worldwide unveiled its payments solution, UP BASE24-eps, earlier this year, touting it as “the enabling technology … to facilitate quick, secure, cost-effective, and regulated transactions between consumers and retailers, financial institutions, and billers.”

Then there’s this point: The Clearing House announced in October that it and its member banks plan “to undertake a multiyear effort to build a real-time payment system to better meet consumers and businesses’ expectations in an increasingly digital economy. The real-time payment system will be designed to address gaps in payment processing and will enable consumers and businesses to securely send and receive immediate payments directly from their accounts at financial institutions.”

So if solutions already exist, but an organization as prestigious as The Clearing House indicates that a solution is years away, what gives?

One answer may lie in the last line of the organization’s announcement: “The Clearing House … expressed a commitment to continue working with the Federal Reserve and others in the industry to create a ubiquitous, national, real-time payment service.”

The key objective, it seems, is to go beyond individual companies’ solutions, and instead create a comprehensive and universal real-time payments system throughout the United States. Which probably led Richard Cordray, director, Consumer Financial Protection Bureau, to observe, during a speech at The Clearing House, that “building a faster payment system is an enormous project that will cost, in total, billions of dollars.”

He also took that opportunity to issue several admonitions: that such a system provide faster access to funds, real-time access to information about account status, robust protections against fraud, and accessibility to all consumers.

“With these guiding principles in mind, a faster payment system can be made to work for consumers as well as for financial institutions and their commercial clients,” Cordray says. It should be noted that The Clearing House’s announcement mentions most if not all of these issues as development objectives.

Why should banks play along?

So again, the question that needs to be asked is, what’s in this for banks?

Aite Group did ask that question of 22 senior managers at banks, payment processors, and banking organizations in Europe, where real-time payments systems already operate. The most significant drivers for implementing real-time payments (those rated by 50% or more of respondents) were: customer demand, mobile adoption, competition from new entrants offering such services, new sources of revenue from value-added products and services, and technological innovation.

Put all together, though, the state of real-time payments in the United States remains confusing.

Probably a key observation comes from Gareth Lodge, senior analyst in Celent’s Banking Group: “What many banks have yet to realize is that, of course, real-time payments means everything that is involved (for example, account systems) is real-time, not just payments Furthermore, there are significantly larger challenges. Real-time usually also means being available 24/7, and single messages. By implication, banks need to think twice about investing in any solutions today, particularly if they are batch based.” [Emphasis added.]

Still, says Lodge, “We believe real-time is close to tipping point within the lifespan of most systems being considered for implementation today.”

Look for more developments in 2015.

The Clearing House to Undertake a Multi-Year Effort to Design and Develop a Secure, Real-Time Payment System

Are Real-Time Payments Here, Around the Corner, or Coming in the Next Five Years?—It Depends Who You Ask

More in this category: « BYOD’s saga continues What’s new with neobanks? »
back to top