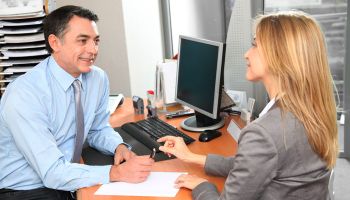 The study finds that most Americans still regularly visit their primary banks to interact with tellers and advisors, and also frequently contact their banks’ call centers. It also reveals that Chase and U.S. Bank are consumers’ favorite national banks, and that PayPal is currently the most popular digital wallet provider.

More than 3,700 consumers nationwide were polled for the study, conducted in September 2014. The research was designed to uncover consumers’ favorite national bank chains, trends in mobile banking, and digital wallets, as well as factors that drive customer satisfaction and loyalty.

Why do they still show up in branches?

Despite the rise in popularity of online and e-banking, consumers continue to value the face-to-face transactions and interactions at a physical bank branch. The study finds that 72% of retail bank customers had conducted a transaction with a teller in the previous 90 days—21% walked into a bank to consult with an advisor and 27% contacted their bank’s call center.

An identical study conducted by Market Force in the United Kingdom finds that many fewer—just 57%—had made a teller transaction, while just slightly fewer had consulted with an advisor (18%) and contacted a call center (25%).

“Our research underscores how critical the advisor role is in retail banking—not just because banks need to sell their product portfolio, but also because it’s an opportunity for them to gain a competitive advantage in customer loyalty,” says Cheryl Flink, chief strategy officer for Market Force.

However, Flink says that the firm found that 17% of those who consulted with an advisor had a less-than-great experience.

“This tells me that many banks could be doing a better job of focusing on consumers’ financial well-being with superior advisory services,” says Flink.

Market Force also looked at which banks stand out as consumers’ favorites.

Out of the five most-frequented national banks, Chase and U.S. Bank ranked first and second, followed by PNC Bank, Wells Fargo, and Bank of America. For the rankings, Market Force asked participants to rate their satisfaction with their primary bank and their likelihood to refer that bank to others. The results were averaged to attain a “composite loyalty score.”

What sets Chase and U.S. Bank apart? The two banks scored first and second in nearly all of the attributes that matter most to their customers, including financial stability, ease of doing business, and transparency. PNC Bank, Wells Fargo, and Bank of America ranked third, fourth, and fifth, respectively, in these categories.

Many financial institutions see a huge opportunity to improve their bottom line through mobile banking, particularly given that mobile deposits can save them up to $50 a year per customer.

In the Market Force research, 80% of consumers said their primary bank offers a mobile banking app and, of those, 65% said they have downloaded it. Interestingly, this is slightly higher than the United Kingdom, where just 63% report having downloaded their bank’s mobile app.

Very few tap into the app for activities such as paying others or setting up direct debits. It is a different story in the U.K. There, larger percentages use their mobile apps for these two purposes, and many fewer to deposit funds or find ATMs or branches.

In the U.S., 46% of those who have not downloaded their bank’s mobile app said they do not see the benefits of using their phone for banking, 36% are concerned about the security of their information, and 10% question its ease-of-use. These figures were similar in the U.K.

Awareness seems to be the biggest barrier to adoption of digital wallets. When asked why they are not using digital wallets, three out of five said it is because they are not familiar with them. Other prevailing reasons given were that they provide no benefit beyond current payment channels, concerns about security, and concerns about personal data. Difficulty was cited by only 2% of those polled.

At the time of the study, PayPal was clearly the most popular digital wallet provider. It claimed 60% of market share, with Google Wallet earning 43%, Apple Passbook with 17%, and City Wallet by Citibank with 2%. [See Graph 5].

The U.S. survey was conducted online in September 2014. The pool of 3,733 respondents represented a cross-section of the four U.S. census regions, and reflected a broad spectrum of income levels.