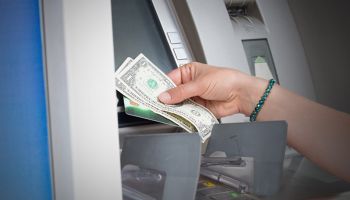 Banks’ willingness to invest in automated deposit technology shows no signs of going away, as they continue to increase the migration of routine transactions from the teller to self-service, concludes a report by London-based strategic research and consultancy firm RBR.

Over the two-year period ending 2013, the number of ADTs increased by 41% to reach a total of 943,000 in the 52 countries covered by the report. Customer demand remains high and even in markets where banks are trying to encourage a reduction in the use of cash (e.g. the Netherlands), customers appreciate the advantages automated deposit has over envelope deposit and over the counter transactions, such as quicker account crediting and extended hours access.

Recycling ATMs accounted for 46% of all ADTs at the end of 2013, with this share set to increase to around 60% by the end of 2019. This growth will be driven at least in part by changes in regulations in China and India. Both of these markets are ripe for much growth in ADTs overall, and recyclers are likely to be given full permission in 2015, after which deployment of such terminals will expand significantly.

Recycling ATMs will see much stronger growth than non-recycling ATMs and standalone terminals (SAT) across the 52 countries as banks seek to make use of their increased efficiency by reducing the number of cash-in-transit visits required.

Automated deposit facilities are much more commonly offered at ATMs than at SATs; the former account for 83% of the global total ADTs. Not only this, but of the 159,000 SATs in operation at the end of 2013, a significant proportion are actually ATM models which have not had the cash-dispensing function activated because some deployers wish to keep cash in and cash out transactions separate.

Of the ATMs, while 434,000 terminals recycled deposited notes at the end of 2013, a much larger number were capable of doing so, but did not use the recycling function for reasons including the regulations in China and India mentioned earlier.

With customers around the world increasingly expecting to find automated deposit as a standard offering in bank branches, the future looks bright for further expansion in the global installed base, which is forecast to nearly double from 943,000 in 2013 to 1.8 million by the end of 2019. Indeed, the installed base of ADTs is forecast to increase in every one of the markets covered by RBR’s research, even those in which the ATM installed base is forecast to fall.