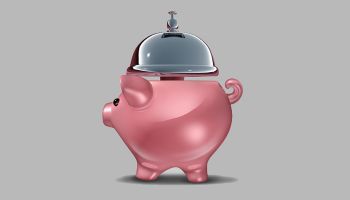 “At this early stage in branch channel transformation, assisted self-service certainly looks like it’s destined to become a common fixture in new branch designs,” says Meara. Assisted self-service, according to Meara, involves a staff member providing direct assistance to a customer during a self-service transaction, possibly with the use of a tablet. He added that “While banks convey a welcoming attitude toward self-service inside the branch, this won’t necessarily translate into widespread deployments. Lots of testing and experimentation need to be done first.”

A June 2015 survey of several dozen financial institutions serving on a special branch transformation research panel found that two-thirds felt that self-service devices not involving video tellers would be a “likely” or “extremely likely” component of future branch designs. A smaller percentage (46%) felt similarly about video teller machines. A follow-on survey finds a general endorsement of the use of branch self-service both in legacy branches and new branch designs.

Several additional insights from the research include:

•           The panel exhibits a strong disposition toward branch self-service, with appetite for both in-person (tablet-enabled) and remote (video-enabled) assistance.

•           Video tellers will likely be used stand-alone as well as alongside in-person tellers to support a variety of use cases. If a video infrastructure is to be built, it should be fully leveraged. This means using video for both teller assist and small- and medium-sized enterprise engagement.

•           Institutions will deploy self-service devices as an alternative to tellers. Tellers won’t disappear with the growth of branch self-service, but traditional teller stations will be largely replaced by a fewer number of teller pods.

•           Cash recycling will move from usage in a minority of cash-heavy branches to the de facto standard for branch currency management.

•           Branch channel transformation will take most institutions two to three years to figure out and longer to implement broadly. By then, it will be time to adjust the delivery model again. 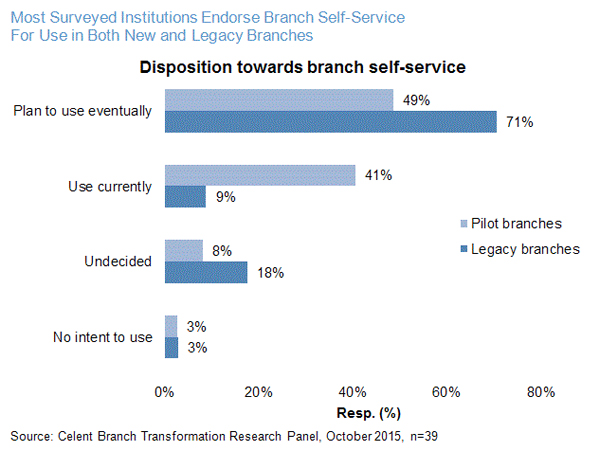