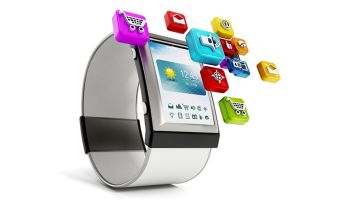 Nearly all banking executives surveyed—96% —agree that wearable technology will impact the industry. However, only 15% already have, or are currently rolling out, a wearable app.

Meanwhile, 72% say wearables are on their three-year roadmap, while 52% will have a wearable app in the next 18 months.

Of banks that have no wearables strategy in place, 78% are in the European Union and U. S., demonstrating stronger appetite for innovation from other global regions. This does not reflect demand, however, as a recent NPD Group study found that 15.6 million smartwatches and activity trackers are forecast to be sold in North America and 12.5 million in Western Europe in 2015.

Two thirds of banks claim proximity payment is the most attractive wearable capability, while 31% say greater fraud protection through push notifications is a compelling feature.

In the future, banks suggest authentication processes (64%) and the ability to send push messaging (47%) will increase adoption of wearable technology among banking customers.

Misys conducted this research in September, polling 166 retail banking professionals from financial institutions around the world, during a webinar.

A separate Misys-Efma study highlighted that banks are tipping the next three years as the era in which digital, customer-driven sales will be ushered in. The forecast leap from 13% today to 75% of sales conducted via digital channels by 2018 is significant, Misys says. Eighty-two percent believe that smart watches will facilitate financial transactions in the future.

For the full infographic excerpted below, please click on the image. 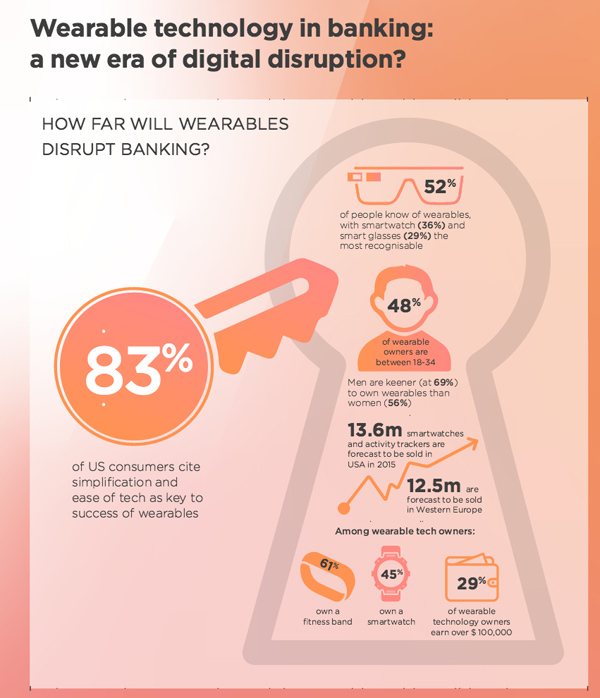