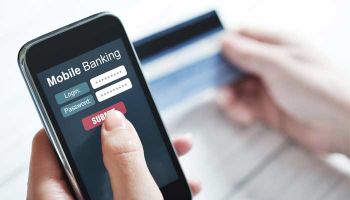 Over half the bank app users surveyed still use tellers from time to time, new research unveilled at ABA's National Conference for Community Bankers indicates.

Data from a new national survey of bank app users was previewed recently at the American Bankers Association’s National Conference for Community Bankers. One standout finding: 83% of bank app users visited a branch in the last 30 days.

Taken alone, that would fly in the face of current conventional thinking about mobile phones being customers’ “branch in their pocket.”

But before you start feeling better about your collection of physical branches, know that other results muddied the water. 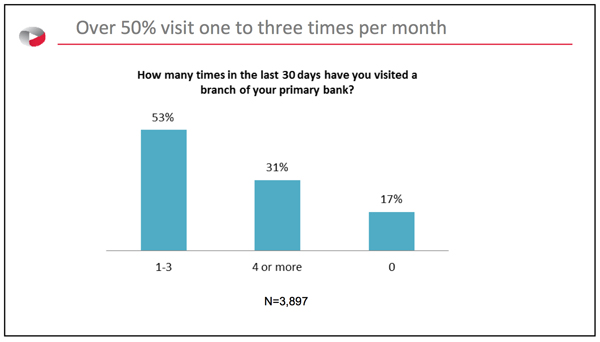 Kellsy Panno, a research analyst with S&P Global Market Intelligence (the new name for S&P Capital IQ and SNL Financial), presented key findings from the survey during a conference session loosely covering the “internet of things.” Here are several key findings she reported: 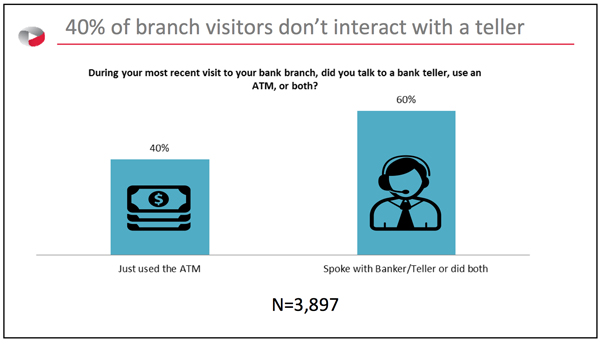 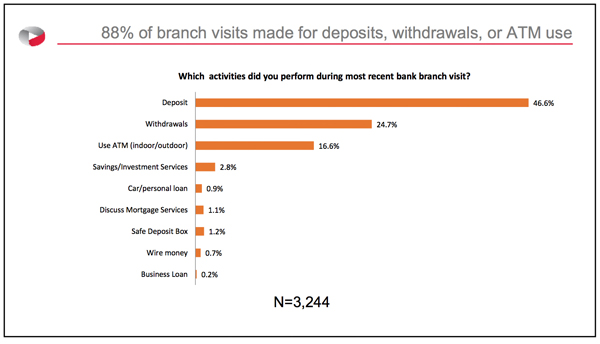 • Nearly 1 in 10 going branchless. 57% of bank app users would consider opening an account at a branchless bank—7% already have. Panno mentioned BankMobile, the online bank division of Customers Bancorp, as an example of such an institution.

• App banking getting to be a habit. Asked how often they use their bank app, 24% of respondents overall said “daily.” The percentage varied widely by generation. Of millennials 48% said they are daily bank app users; Gen X 23%; Boomers 24%; Matures 6% 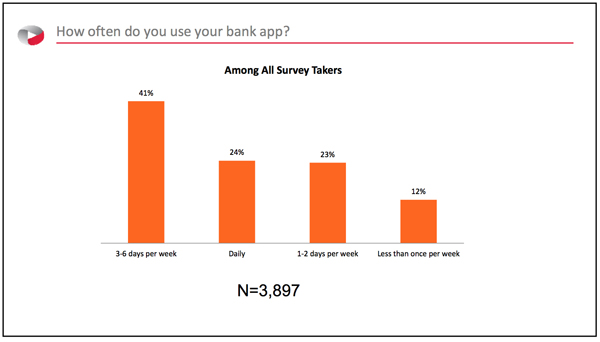 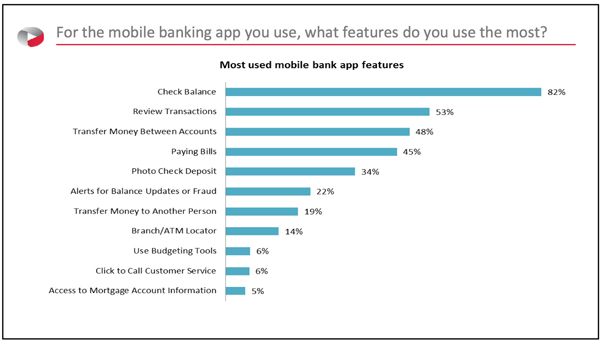 • Squeezing more banking from the apps. Asked what features are missing from their bank app, 48% answered “none.” Of those who specified a desired feature, the three most-requested were: budgeting tools, photo check deposit, and click-to-call customer service.

• Apps can loosen inertia. Nearly six in ten (57%) would consider switching banks to get a better app experience. In fact 11% had already done so.

Of those who switched, “a better mobile app experience” was the number-four reason at 24%, behind “lower fees,” “better customer service,” and “incentive offer.”

• Two in three go all-in on apps. Two thirds of bank app users are willing to open a checking or savings account from their smartphone.

Of the full SNL survey sample, 53% used phones running the Android operating system, and 47% used an iPhone. Given that, it was interesting to hear that Apple Pay was, by a slight margin, the most-used mobile payment app for in-store retail purchases at 32%. The Starbucks app was nearly identical at 31%, with Android Pay at 29%, PayPal App at 28%, and Samsung Pay at 14%.

Following Panno’s presentation, Doug Elser, a senior marketing consultant at Fiserv, presented additional data from various sources. He cited statistics from a 2016 Javelin study regarding consumers’ willingness to switch to digital-only institutions. Millennials and Gen X were the most willing to switch at 43% and 32% respectively. 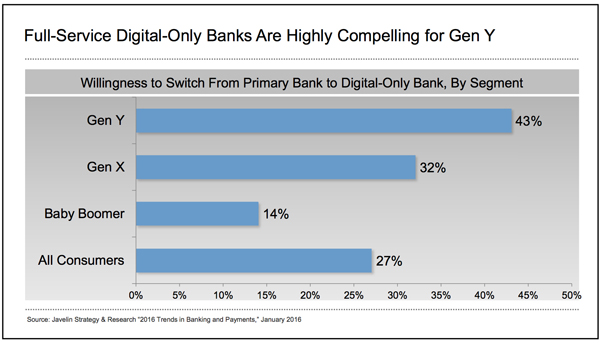 Elser cited several statistics from the Millennial Disruption Index, issued last year by Scratch, a unit of Viacom. The study, which surveyed Millennials in regard to 73 companies in 15 industries, found that one in three Millennial consumers are open to switching banks in the next 90 days.

In a 2014 survey, from Accenture, 29% of respondents were willing to bank with Costco and 50% with Square, both of which offer a range of financial services.

A more positive statistic Elser cited was that 81% of customers would not switch banks if their primary branch were closed.

Concluded Elser, “If you offer the cool stuff and also offer knowledge and advice, you’ll be in a good position.”

Elser periodically turned to Panno, a millennial, for her insights on specific points during his presentation. Panno noted that she has had a financial relationship with Apple’s iTunes since she was 15. That’s when she opened a bank account and registered her debit card with iTunes. She said of the online store: “They’ve never betrayed my trust.”

Panno also said that millennials like community banks and credit unions. She said this was because “you’re not the big guys. We don’t really like Chase and Wells Fargo. You have appealing qualities.”

However, Panno added, “you need the channels. Go where the millennials are—go on Twitter.” (Panno’s Twitter handle, by the way, is @KellsyP).

Panno described how one small bank has a mobile team that goes to high-density places such as college campuses to sign up people and to explain their level of community interaction and personal service.

She noted also that in general, financial literacy among millennials is poor, which is “scary,” and that banks could help. She cited one bank’s offer of one hour of free advice per month, which she found attractive.

The desire for financial advice surfaced in a recent Synergistics study covered in “Amazon, Paypal, and Google tops for millennials.”