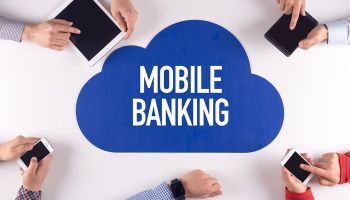 One thing about America is freedom of choice. Go to a supermarket, for instance, and pick any product category. You can obtain multiple variations on major name brands, and likely even find a range of local, no-name, and generic choices in the category, whether it be soft drinks, dairy products, or pain relievers.

What’s good for a supermarket may not be as good for a bank, suggests Derek Corcoran, chief experience officer at Avoka, a consulting firm and application provider that works with banks and other entities to make digital onboarding processes smoother and more productive.

In a recent study commissioned by Avoka of the top ten banks’ product lines in personal, business, and wealth management areas, 913 products across all three areas were examined. Avoka’s main aim had been to look at how well banks used mobile channels for selling and signing up customers for those products.

Corcoran says that what struck him was how broad the range of choice was, especially in the area of consumer checking accounts. He questions whether such a range of options is necessary, and if it might even make it harder to sell customers on products via mobile. He thinks banks will reach this conclusion too.

Taking a digital page from fintech

What would cause that reaction? Corcoran points to disruptive fintech companies. Many of these newer players do only one thing and they do it in a mobile-friendly way because that may be the only way they do it. If not, mobile was there before their product was born, so they designed the products and conceived the ways to promote it in light of mobile.

Though fintech firms share very little information compared to what banks share, thus far many seem to be succeeding and some banks are imitating their efforts by offering mobile spinoffs. This competition and the need to improve banks’ ability to deliver sales through mobile channels will cause banks to trim their product lineups, Corcoran projects—and he doesn’t think consumers will give banks much, if any, flak about having less choice.

“It’s a matter of taking that choice away from the customer, yes,” says Corcoran. “In some areas choice is a great thing, but in others it’s a burden.”

Even where consumers have choice, says Corcoran, the benefits can sometimes be illusory. Referring back to the supermarket example, he says, “people might like having choices, but frequently they pick their usual brands anyway.”

When it’s suggested that banks have nothing on telecommunications companies when it comes to a burdensome range of choice and often bewildering ranges of options, Corcoran speculates that there may even be an intentional fog in that business.

“They thrive on confusion,” he suggests.

For banks, he continues, the need is clear to improve the use of the mobile platform. Overall the firm’s research found that 40% of products can be applied for online. But when looked at more specifically, the picture changes: 58% of personal banking products can be applied for online, but only 27% of business banking products, and only 16% of wealth management products. Beyond this, often the mobile channel is not a handy way to apply for these products.

How mobile platforms could improve

Corcoran says a big problem in U.S. banks’ adoption of mobile technology is that they have made it as an overlay onto existing legacy online channels.

Corcoran believes that banks are doing a good job with desktop online banking.

“However,” he continues, “if you are looking for a mobile-friendly experience, only 11% of the banks we looked at offer that.” He says this isn’t good enough, given that the iPhone is nearing its ninth anniversary.

Another, related shortfall found by the firm’s research among the large institutions studied is the lack of ability to save applications in progress. This causes abandonment of an initial effort to sign up, and may result in the consumer not coming back.

Corcoran thinks banks’ aren’t recognizing the nature of their business.

“Banking products are reasonably complicated things to purchase,” says Corcoran, so it isn’t wise to “not offer the capability to save an application in process, so the consumer can come back later and complete it.”

Any number of reasons might cause a consumer to have to put off completion: a distraction, end of a lunch hour, the need to contact a spouse for input on a choice, or inability to obtain a necessary piece of information while in the process of applying.

Corcoran says this is an area where banks must quickly adapt to what works for consumers, not themselves.

“The consumer is more in control than ever before,” says Corcoran, and this is especially true among millennials, a generation born and bred to use mobile channels.

In other words, providers must take the hint, and read the signs, and make changes that will suit the millennials.

More generally, Corcoran thinks banks must set up their mobile sites to better guide visitors to application opportunities. A basic of the sales process is bringing the prospect to an action step, and this is something that Avoka’s research looked for: Did the banks’ mobile apps bring users to an “Apply Now” option and how well did it work?

Corcoran says this is an area most banks examined still need to work on. Few offer customers the ability to open accounts on a smartphone, and when they do, it isn’t easy to find out how.

By contrast, he points to Betterment.com, where there are buttons like “get started,” “sign up,” and others, most of which lead to the same place, a screen where the visitor is asked to supply some basic information—age, retirement status, and annual income—so they can be enrolled in the wealth management site.

The point has been made before that consumers act like consumers even when they are not being consumers—that is, when they are doing business or dealing with other than retail banking online or on mobile devices. Just because someone is handling something for their job, the argument goes, doesn’t mean they want a clunky, inconvenient experience.

Corcoran says the firm’s study found that most institutions reviewed don’t offer mobile-friendly experiences for business banking nor wealth management. Customers interested in such services generally have to come into a bank branch to actually apply for or engage in such services.

“There’s an enormous missed opportunity in business banking,” says Corcoran. He says bankers seem to be influenced by what he considers to be an old-fashioned idea that business banking is a serious affair that must be conducted face-to-face.

Corcoran believes that today’s busy small business customer would welcome the ability to do more through a business-oriented mobile banking app that allowed proactive functions like applying for services, not only information. He suggests putting oneself in the business customer’s shoes: Business time devoted to the small firm’s banking is time taken away from profit-making activity. Anything that conserves that time should be welcome.

“If banks make it convenient for the small business community,” says Corcoran, “they will be rewarded.”

This applies, he says, to nearly any kind of banking relationship. Corcoran adds that banks have to acknowledge this—customers already know it.

“People are aware that there are better options out there,” Corcoran explains. “And that makes them less patient.”