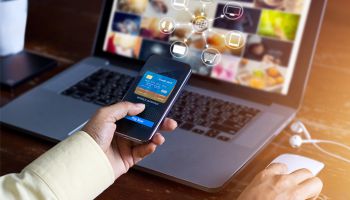 Revamping retail banking involves not only the digital face of the bank, but the still-significant physical presence that much of the industry still maintains. What that presence does, and what it looks like, has been evolving for some time, speakers at a recent Finastra conference said.

WSFS Bank is currently on its fifth iteration of the prototype branch, a process that began nearly 15 years ago when the $6.8 billion-assets Wilmington, Del.-based bank began adopting the “universal banker” model for branch employees.

The bank, formerly known as Wilmington Savings Fund Society, was an early adopter of blending the roles of teller and platform officer along with elements of advisor and greeter. Lisa Brubaker, the bank’s Retail and Small Business Banking Strategist, said WSFS management spent a great deal of time thinking about how they wanted their associates to interact with customers—focusing more on consultative servicing and selling, versus a transactional role.

“That by necessity drove a lot of our branch decisions,” said Brubaker during a panel discussion at the Finastra user conference in late August. As the bank began to place newly trained universal bankers in traditional branch environments, she said, the feedback received was, “It’s really difficult for us to do what you want us to do when we’re locked behind a teller counter,” and other similar statements.

Such comments started the WSFS retail team thinking about how the company needed to redesign their branches to support this model not only from the associates’ perspective, but based on customer feedback when the bank launched online and then mobile banking.

Now further down this road, Brubaker explained how WSFS is reconfiguring its oldest branch, a 1928 facility in a city location where many customers—a high percentage are older—walk to the branch. This required particular care to not alienate these long-time customers. She described how the bank planned the construction work in four phases, always leaving the branch functioning. This meant that customers were coming in and out and could see what was being done as it progressed.

“They would say to our people, ‘What’s that room for, watching football?’,” said Brubaker. “We would explain that it was a place ‘We could go chat and see how things are going for you.’ They would say, ‘I never thought I’d see a bank do that.’ This give and take was beneficial.”

When the bank took out the teller counter and replaced it with pods, however, “that was mind-blowing time,” said Brubaker. “They hadn’t expected that and didn’t understand what the pods were for.”

But overall, as they saw the new layout come together, customers came to embrace it, said Brubaker. “They felt they had been a part of the change.”

The branch transformation journey began for Bank Midwest in 2000, the year that the $800 million-asset Minnesota bank’s management team visited Umpqua Bank in Portland, Ore., according to Bryan Wilken, CIO, and a fellow panelist. The West Coast bank pioneered the concept of the “destination branch,”—adopting a very open, modern look and introducing coffee bars (featuring its own brand), yoga classes, and other innovations.

Impressed, Bank Midwest’s management subsequently opened a new location as a beta site for a very different look and feel incorporating some of what it had seen. This process has been repeated several times since, said Wilken, with the latest new-look branch opening this fall.

“We tweak the design every time,” he said, including during the construction process.

As one example of the ongoing adjustment Bank Midwest and other banks have been making, Wilken noted how when the bank first introduced the idea of “pods” as a replacement for the traditional teller counter, management noticed that customers didn’t know where to stand in relation to the banker at these small stand-up islands.

“It was awkward,” Wilken said.

The solution was to add a small piece of millwork to the pod which subtly gave the customer a sense of where to stand.

Another adjustment: For the offices used for more private conversations with customers, the bank originally used an open—i.e. unassigned—office concept. A particular office didn’t “belong” to anyone.

“We discovered, however, that people need a place to put their personal things,” said Wilken, so the bank altered the plan to accommodate that.

Panel moderator Spencer Jones, Global Head of Retail Banking for Finastra, raised the question of how banks handle the competing demands on branch employees of tight controls and regulatory compliance on the one hand with the somewhat more ambiguous requirements of a universal banker.

Brubaker acknowledged that it’s challenging. Interviews for such positions now, she said, take much longer involving four layers—an expensive and time-consuming process. The bank is looking for someone who can balance the knowledge of rules and regulations with the skills needed to be a personal banker.

“We’re looking for what we call that ‘unicorn,’ the person who can do all of these things,” said Brubaker.

“We spend a lot of time trying to get people who are more consultative [versus rules-based], because frankly that’s the value we see the bank providing now.” She added that WSFS typically places someone in each branch who is more of the “sergeant in charge” who makes sure the reports get done and accounts get balanced.

She noted that many customers who come into a branch now are there to talk to someone. They know they can do transactions online or at an ATM but they made the time to come to the branch because the want to speak to somebody. She said much of the training for bank staff now is to become adept at “reading” people.

One other WSFS tactic: Offloading as many administrative tasks as possible to allow the universal bankers to spend more time with customers. “So the branch transition has impacts on other areas of the bank,” Brubaker observed.

Wilken also noted how the changes in how banking services are delivered has impacted the skill sets needed and training required of branch bankers.

With the advent of banking apps, for example, he said that many banking customers didn’t know how to download the app onto their phones. They were overjoyed when an employee could help them do that and sometimes help them with other things on their phones. Wilken observed that employee training now is much more than how to handle teller transactions or open a checking account. That can make some employees uncomfortable, he added, if they’re not particularly adept at using mobile phone features themselves.

Jones asked the panelists if they had begun doing “journey mapping.” It was a practice he became familiar with when he worked for TD Bank. He described it as examining how a client interacts with the bank for a particular function, beginning to end. For example, it may take nine interactions to accomplish a change of address.

Brubaker said WSFS is just beginning to get involved in journey mapping. The bank has engaged a consultant to help them, including collecting customer input.

“We may think we know a lot about a process,” she said, “but we really don’t.” Her point was despite long experience in banking, bankers need to see things through the customer’s eyes.

Wilken became aware of journey mapping from a presentation by a Disney executive who talked about how they ask their employees, “What’s the best experience a visitor can have” with each particular interaction. Said Wilken, “We all need to do that with our account opening process and all the other customer interactions we have. But it’s a little overwhelming just now.”

Jones observed that both banks and their vendors have “a ton of data” that could help in the mapping process, but that typically the data was very “stove-piped”—i.e. not easily integrated into a coherent picture. He urged banks to begin with small steps.