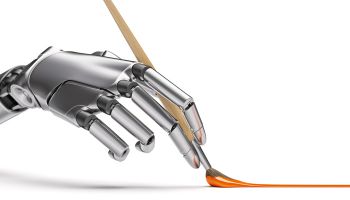 Artificial intelligence can adapt to many financial services purposes. The key is for each bank to pick the right ones for its business model and client base.

In mining terms, banks sit on the Mother Lode of data, with multiple kinds of “ore” to be refined. For example, there are the huge amounts of raw data in the background of customer relationships with their banks—account balances and history and more. But there are also behavioral and transactional data that define customers. For example, when and where you use Uber, and how often, can tell multiple stories.

The trick is sifting out the nuggets from the noise, according to Eran Livneh, vice-president, marketing, for Personetics. The New York City-based company specializes in cognitive banking technology, using artificial intelligence, predictive analytics, machine learning, and natural language understanding capabilities. The company works with many of the top banks in North America and Europe.

In Europe, in 2018, PSD2 goes into effect. The “Revised Payment Services Directive” permits bank customers to grant access to their bank data to third parties, such as companies offering financial management apps.

In the U.K., that country’s Open Banking initiative is synched with the 2018 European rollout. While no similar governmental initiative exists in the U.S.—though some federal officials have spoken of the logistics of such approaches—Livneh says that more and more U.S. banks that his firm speaks with are considering opening up customer data sharing with third parties through APIs (application programming interfaces).

“If they don’t do it, someone else will do it,” says Livneh. “They have a leg up on the competition now because they have a good amount of data.”

“Data is an asset,” Livneh continues in an interview with Banking Exchange during the recent BAI Beacon conference, “but it won’t be a proprietary asset [in the U.S.] for long.”

What will be done with data?

When asked about Americans’ mixed attitudes on privacy—we will give away a lot for points or some other incentive, but we are also paranoid about “Big Brother”—Livneh said that fear of data sharing “is the subject of a legitimate discussion, and it’s a discussion we should have.”

But what will guide the direction of such discussions is the behavior of banks themselves, says Livneh.

AI technologies offered by firms like Personetics can be used to gain insights into customers from their data and behavior, but Livneh says the bank that simply pounces on this as a way to increase cross selling of products and services misses the bigger picture.

“We tell banks to hold their horses,” says Livneh. “You want to create some sort of trust and engagement before you get into making offers.” He says AI, properly applied, can take banks beyond the days of the full-court press, episodic series of marketing campaigns to an ongoing relationship that offers customers a continuous delivery of value through timely insights.

Livneh explains that AI can flag trends that the customer may not see or make predictions of expected payments or other financial needs that many customers would appreciate.” Being notified that expenses in a particular category are running higher than normal could be helpful to the budget-conscious consumer, for example.

“Bank has my back”

“If the bank didn’t prompt you with the information, chances are you wouldn’t look into it yourself,” says Livneh. “The bank’s surfacing such information to you delivers value. And for people who don’t care, it’s still easy to ignore.”

For those who like such value, the message that is reinforced is that “the bank has my back,” Livneh says.

One of the weaknesses of “PFM” (Personal Financial Management) technology was the need for the customer’s active involvement in seeking relevant data from their financial provider, says Livneh. When Personetics builds AI-based applications for banks, he said, “we try to start with requiring zero customer input to generate insights. After all, we see what you are doing.”

Looking at current data in light of the past enables AI to make projections, some of which rise to a level that can impact a customer’s life significantly.

“AI can give you a heads up to keep you out of trouble,” Livneh suggests. Instead of creating the impression that “my bank is trying to push something on me again,” he adds, the bank becomes an ally.

While some observers make much of generational preferences for such technology, Livneh says that a customer’s being a digital user makes more of a difference than simple demographics. Digital users like digital methods, he explains, and so they will adopt such offerings.

“Consumers will be willing to embrace it as long as the experience is positive,” Livneh predicts. He says that banks using AI must advance through three key levels of service: helping customers understand how to manage their money; helping them get it done, through removing friction; and, finally, handling some tasks automatically for them.

Livneh believes that many tend to underestimate how ready consumers are for AI. He cites comfort levels with Google searches and all of their implications, using Siri and similar services, and more.

But what about the commercial side of banking, which for many institutions accounts for a significant portion of revenue?

But as for bank relationships with larger businesses, “we’re not there yet,” says Livneh.

“To a degree, it is a different domain,” he explains. “We have seen a lot of demand from banks for AI solutions, though. I’m sure that at some point we’ll get there, but if you are looking for low-hanging fruit, it’s not there yet.”

What’s standing in the way? It’s about the data. Livneh explains that corporate banking data differs in structure and content from the types of data seen in consumer banking and financial services.

Personetics offers AI in multiple forms, but Livneh says many tend to equate AI and chatbots. Chatbots rely on AI, he explains, but AI is behind much more than chatbots.

To practitioners, audio chatbots versus text bots don’t differ in the most important aspect—the intelligence behind their AI, according to Livneh. The voice technology has grown sufficiently sophisticated that both can work well.

Acceptance, however, is another matter. Livneh believes that “the jury is still out on chatbots. Some people like them, some people may not. There is room for progress, and they will get better.”

Managing customer expectations for chatbots is important. Banks adopting chatbots have had to find their own balance between broad versatility and making the capabilities deep but narrow. Overall, he says, the bots must be well contained in an environment in which the customer will be able to operate comfortably in.

“Chatbots are a channel, a user experience,” says Livneh, “But what’s standing behind them—AI—is what’s important.”