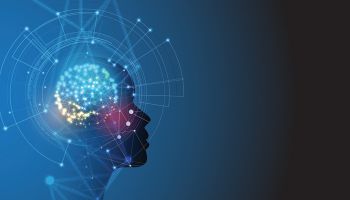 How to keep the human touch in digital transactions? In a panel format, senior execs from Citi Fintech, USAA, and Wells Fargo, along with Umpqua Bank's former CEO, engage in a candid dialog.

USAA is often held up as an example of enlightened and innovative use of technology in banking. And, indeed, the large, Texas-based insurance company and savings institution has led the way on numerous applications, including voice identification and mobile scanning of bills.

Yet to hear the bank’s chief information officer describe it, the quintessential branchless bank continues to wrestle with the digital world just like all other financial institutions.

“For 100 years we have been driven by our wonderful service reps who answer the phone when a member calls,” said USAA CIO Zachary Gipson during a panel discussion at a conference last month. “So how do we create warmth and empathy and caring in our digital channels so that the experience when our members interact with us by voice [assistant] or text on a mobile device or with a human is very consistent?”

And Wells Fargo, also widely recognized as a technology innovator, still relies in part on customer relationships built from face-to-face interactions at its large network of branches. But this is changing.

“I think our future is going to have fewer boundaries between branch and digital,” said panelist Kimarie Matthews, senior vice-president, social care and capabilities for Wells. “Why do we keep these wonderful people in the branch behind the walls and windows? Why wouldn’t we bring them into the digital world where they can connect with the local community and with the person who walked into the store last week to maintain that relationship? Why do we have a separate world?”

The third of four panelists was Ray Davis, former CEO of Umpqua Bank who recently rolled off the board a year after handing over the CEO reins to successor Cort O’Haver. In an earlier presentation at the same event—Efma’s Bank+Fintech conference—Davis explained Umpqua’s new BFF program, the bank’s attempt to do exactly what Matthews was describing: tapping existing branch personnel to service customers via digital channels.

BFF stands for “Best Financial Friend” and lets customers select actual bankers to be their go-to contact at the bank for any need. They can reach them via text, Skype, phone, or in person. (An interview with O’Haver explores the program more fully.)

Said Davis about the concept, now being rolled out from an initial pilot, “There is a great deal of comfort in speaking with somebody I know and who knows me. I don’t have to reinvent what I’ve said by texting—they know what’s going on.”

Continuing, he said, “From my point of view, people are always going to want some sort of personal interaction. That option has to be provided, but provided in the most cost-effective way. Fintech serves a huge purpose for that.”

Davis raised the point that banks right now are in a race for deposits, “and the larger banks are winning it quite dramatically.” Some of the larger institutions are opening branches, Davis noted, but he sees this as a short-term move to grow deposit market share. For smaller banks (by “smaller” he means banks under $100 billion, which would include Umpqua at just over $25 billion), “the challenge is how do we take these new fintech technologies to create an experience where customers want to do business with us; so we have an opportunity to build on the relationships, and also to pump new ‘blood’ [deposits] into our organizations.”

Panel moderator Jim Marous, owner and publisher of The Digital Banking Report, and co-publisher of The Financial Brand, brought up the issue of nonbank organizations such as Starbucks, Amazon, and PayPal among others storing cash in “completely unique ways.”

He described at some length his own situation with payments for The Digital Banking Report:

“When I started the business four years ago, most subscription payments came by check or by wire. Now 95% of our payments come through PayPal. Not only do the payments come in by PayPal, but they’re sitting there [in a PayPal account]. The reality is I’m now paying people using my PayPal account. Why? Because it’s one touch. I collect the money with one touch, I make payments with one touch. It’s seamless and I know the check’s not going to bounce.”

“PayPal’s becoming my small business bank,” Marous continued, “and it’s invisible to my bank because they don’t have complete access to what I’m doing on my PayPal account. So my bank has lost credit card processing, payments, disbursement, and is losing the holding of funds.”

Linda Duncombe, managing director and chief marketing officer for Citi Fintech, Citibank’s digital bank unit, and the fourth panelist, agreed that the banking industry is being challenged by fintechs and other nonbank players.

“In the U.S. P2P market PayPal and Venmo have whipped our butts. We’re playing catch-up,” she said.

Duncombe also said that Citibank research indicated that people are happy to move money in and out of companies like Starbucks and Amazon because of the efficiency of the P2P technology they use, where, at least in North America, banking has not moved quickly.

“In our research,” said Duncombe, “when I show people our mobile experience and say ‘compare us to other banks,’ they say, ‘I’m not comparing you to other banks, I’m comparing you to Starbucks and Amazon and Google’.” Pointing to her fellow panelists, she said, “These guys are our competitors, but we should be trying to figure our how to take on Amazon.”

Duncombe also noted that so far, consumers her group has spoken with who have considerable dollars, want to keep it in a bank. Nevertheless, she said, “We keep a very close eye on that because that behavior could change. We don’t want to take it for granted.”

Do banks still have an edge?

USAA’s Zach Gipson chimed in on the nonbank point, too.

“These other providers have done a great job and are starting to disintermediate our relationship with our end customers,” he said. “They are still using a lot of the same rails; they’re just stepping in and taking margin from the banks and delivering a different experience.”

Gipson still feels banks have an edge, however, which he says is trust.

“But as you step into more complicated transactions,” Gipson continued, “consumers pause and, say, ‘Wait, I don’t want to click and suddenly move money from A to B without knowing what it is and what fee you’re going to charge me.” They want to talk to a human, whether that’s a digital communication or on the phone, in USAA’s case.

Gipson also noted that the usual demographic patterns don’t always apply in this situation. For example, he said Millennials want to pick up the phone and talk about money because they’re suddenly making money and their parents haven’t told them much about how to manage it. Whereas “our 70-plus crowd are very heavy users of mobile technology.”

Wells Fargo’s Matthews says her group sees the same pattern, although not necessarily in terms of phone calls.

“Just because someone’s a Millennial and prefers messaging,” she said, “when it comes to their money, we’re seeing they still want to ‘talk’ to someone they trust. We need to be really, really good at that.”

Citi’s Duncombe, however, responded that it’s not an either-or situation. She described how when Citibank opened its APIs in the Australian market, “we wanted to be the white label for Qantas Airlines and we’re quite comfortable being the white label for them. It’s a good partnership, taking what we do, backing Qantas’ multi-million dollar frequent flyer program, and looking out for people’s money.

“I love Amazon,” she continued, “but would I give them all of my cash? Probably not. [But] if I knew that there was a bank that I trusted underwriting that value prop, I’d be more open to that conversation.

“So I think you can have an Amazon Bank, or whatever that will look like, but it won’t be a replacement for USAA, Citi, and other banks.” Duncombe thinks the market will assess winners based on “whoever listens to their customers and wherever the innovation comes from—who’s keeping up with the customer.”