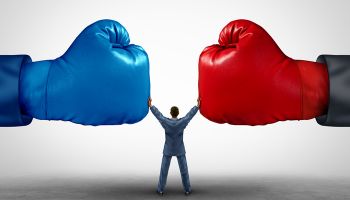 As expected, reaction to the Consumer Financial Protection Bureau's arbitration study report, released in March 2015, has been vociferous.

All sides of this important debate are loudly proclaiming that their arguments for, or against, mandatory arbitration clauses have been vindicated by the report. Alternatively, they complain that the study is unfair and misleading and should not be used to support regulatory action in this area.

Meanwhile in October 2015 CFPB announced that is was indeed considering proposing rules that would ban consumer financial companies from using “free pass” arbitration clauses to block consumers from suing in groups to obtain relief.

Reviewing the action so far

After the study was released, 58 members of Congress wrote to CFPB Director Richard Cordray commending the bureau for completing its study. The representatives reiterated the position that mandatory arbitration is "designed to stack the deck against consumers," and urged CFPB to swiftly start the rulemaking process to eliminate the use of mandatory arbitration clauses in consumer contracts.

Not to be outdone, opponents got their licks in. CFPB also received a letter from 85 Republican members of the House and Senate heavily criticizing the report as lacking in fairness and transparency, and asking CFPB to reopen the study and allow for public comment.

The trade associations submitted detailed comments and highlighted some of CFPB's pro-arbitration findings that contradict the study's final conclusions. The associations advocate that CFPB must conduct additional research into a number of other issues prior to any rulemaking, including customer satisfaction with the arbitration process; the economic consequences of an arbitration ban; and whether a ban would hurt consumers in light of U.S. Supreme Court case law making it more difficult to obtain class certification.

The professors argue that CFPB's report does not support adoption of sweeping regulation of mandatory consumer arbitration clauses.

According to the professors, CFPB's data does not allow for meaningful comparisons between arbitration and class actions. They maintain that this is because the study compares arbitration awards (i.e., an award entered by the arbitrator after hearing all the evidence) to class-action settlements, inviting "a false apples-to-oranges comparison."

The professors conclude that more evidence is needed before CFPB can proclaim consumers are harmed by arbitration and would instead "benefit from unleashing class action litigation more routinely."

CFPB gets into first gear

Last Oct. 7, 2015, CFPB announced the proposed rule it is considering in light of the arbitration study findings. The proposal is not final—but it is certainly controversial.

CFPB Director Cordray offered further insight into CFPB's intentions in remarks to a meeting of the bureau’s Consumer Advisory Board on Oct. 22, 2015. Cordray stated that he hoped that the rulemaking "would deter wrongdoing on a broader scale" and "restore to consumers the rights that most do not even know had been taken away from them."

Worrisome to many in the financial services industry, Cordray left the door open to future CFPB rulemaking that could implement a total ban on arbitration provisions. He promised that CFPB would "continue to monitor the effects of such clauses on the resolution of individual disputes" so that "over time we will be able to refine our evaluation of how such proceedings may affect consumer protection, if at all."

As recently as December 2015, the high court reversed a decision by a California Court of Appeal that invalidated a class-arbitration waiver in a service agreement between DirecTV and its customers. The Court held that the lower court's interpretation of California law did not place arbitration contracts on "equal footing with all other contracts[,]" and was therefore prohibited under the Federal Arbitration Act.

As this indicates, there remain significant hurdles, both legal and political, for CFPB to overcome before any rulemaking will be finalized.

Court challenges are inevitable, particularly given the federal policy favoring arbitration, and members of the House Appropriations Committee recently approved a measure that would prohibit funding for CFPB to issue a final rule until CFPB conducts a "thorough" (and likely peer-reviewed) study.

Sharee Eriks is a litigation attorney in Baker Donelson's Fort Lauderdale office. Her practice is focused on the residential mortgage industry, where she helps advise and defend lenders and servicers in litigation, including lender liability defense; claims involving bank-owned property; and federal and state regulatory compliance. She can be reached at [email protected]