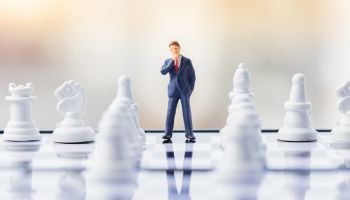 Bureau's latest move is one more in an ongoing match over third-party data access.

In 2018 the liberalization of data sharing arrangements continues in Europe, through “PSD2—shorthand for “Revised Payment Services Directive—and in the U.K. via its Open Banking initiative. Both give consumers the ability to allow third-party providers to access their own banking data. Now a U.S. regulator has taken a formal step in this direction.

While traditional banking regulators, especially certain governors of the Federal Reserve, have spoken of the pros and cons of sharing and aggregation in this country, America has not seen passage of a formal initiative. The Consumer Financial Protection Bureau has, from its consumerist perspective, been looking into the matter and has just released a set of principles concerning the consumer-authorized data sharing market. The bureau had been studying the matter and issued a request for public input last year.

“These principles are intended to help foster the development of innovative financial products and services, increase competition in financial markets, and empower consumers to take greater control of their financial lives,” the bureau stated. While acknowledging the potential good for consumers that could come of such arrangements, the bureau also noted that consumer protection is a key concern.

The principles are not legally binding, according to the bureau, and do not per se establish future CFPB policy in this area.

Nine categories of principles are set forth in the bureau document. They are: access; data scope and usability; control and informed consent; authorizing payments; security; access and transparency; accuracy; ability to dispute and resolve unauthorized access; and efficient and effective accountability mechanisms.