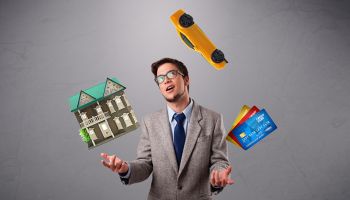 A new edition of its “payment hierarchy” study has TransUnion’s analysts seeing not only a shift in the national trend, but a varied pattern in consumers’ payment priority from market to market—and a cyclical element in payments patterns as well.

“We’re not yet back to ‘normal’,” says Ezra Becker, co-author of the latest edition of TransUnion’s study and vice-president of research and consulting. And normal’s return will vary from market to market, as major markets experienced the financial crisis and its aftermath in different degrees, with different timing.

Becker said the latest round of the research also produced further insights into how consumers weigh the order in which they pay auto, mortgage, and credit card debt. The credit information company has been conducting this study for several years, and delving deeper into historical data with each pass. The study compares payment patterns among samplings of borrowers with all three types of credit.

The TransUnion study found that as of September 2013, consumer borrowers had begun prioritizing their mortgage payments ahead of their credit card payments. This reflects findings on the national level, and reverses a pattern TransUnion identified in data from September 2008.

“One of the biggest impacts of the Great Recession to the credit system was its influence on consumer payment patterns,” says Becker. He explained that as unemployment rose and home prices plummeted, more and more borrowers paid credit card bills first to keep their lines of credit open in the face of severe financial risk. Facing mortgages payments on homes with underwater values, they chose liquidity.

TransUnion found that as property values have begun to return to something more like normal in various parts of the country, payments on mortgages pulled in front of credit cards.

“When the market dynamic is what people expect, i.e., home values are increasing and unemployment is under control, then the payment hierarchy is stable,” says Becker. “It’s when an unexpected shock hits the market, like home value depreciation or major increase in unemployment, that the payment hierarchy is subject to change, as consumers reassess which loan relationships are more important to them at the time.”

Markets where circumstances haven’t moved as far out of the crisis as others still exhibit the old pattern, TransUnion found. One example is Chicago.

Auto loans remain at the wheel

The company also determined that the top of the hierarchy pyramid—auto loans—has had priority even earlier than initially believed. The tendency to pay auto loans first now appears to go back to at least 2003.

The analysts’ understanding for the reasons behind the trend has also deepened. One longstanding belief was that in many areas one can’t practically hold a job without a car, which makes keeping auto loans current a priority.

However, Becker points out that auto loans are much easier to exit than home loans, such that a consumer in trouble will simply sell his vehicle and pay off the loan balance. By contrast, it’s not so easy to unload a house and a mortgage quickly.

In addition, Becker says, consumers can find alternative places to live, under duress—rentals, moving back home, etc. But in many areas there’s no substitute for a car, with mass transit often being inadequate, impractical, or unavailable.