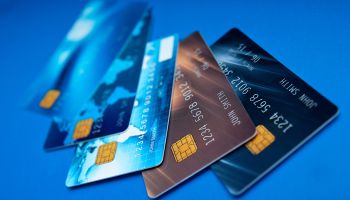 Many American adults believe the features of reloadable prepaid cards are beneficial to consumers, with their convenience, flexibility, and spending limits seen as the top benefits to consumers, according to a new poll of over 1,000 adults conducted by Ipsos Public Affairs on behalf of ABA.

The feature most likely to be seen as a good thing for consumers is prepaid cards’ ability to be used anywhere the card's network brand (Visa, MasterCard, American Express, or Discover) is accepted. Seven in ten view this as a good thing, including 47% who feel this is a very good thing.

Another feature related to convenience—providing customers with the flexibility to shop online where checks and cash generally are not accepted—is also seen as being beneficial by about seven in ten (68%).

A solid majority (69%) of U.S. adults also like the cards’ fixed spending limit that help stop users from spending more than is on the card.

Other benefits Americans indicated were beneficial to consumers include:

• Offering customers another option to receive and use their money (65%).

• Being a good option as a "first" account for certain age groups, such as teenagers or college students (64%).

• Being attractive to people who may not qualify for a traditional checking account due to previous difficulty in managing an account (62%).

• Giving customers a way to convert cash, which can be lost or stolen, to a safer payment method (62%).

Furthermore, out of all the features of reloadable prepaid cards outlined, less than one in ten Americans would consider any of these features a “bad thing for consumers.”

Four-in-ten U.S. adults (41%) have either used or bought a reloadable prepaid card from a bank or company like American Express, Discover, MasterCard, or Visa. This includes:

• One-in-five (22%) who say that they have used a reloadable prepaid card that was given to them as a gift.

• Almost one in five (18%) who have personally bought and used a reloadable prepaid card.

• One in ten (10%) who have bought a prepaid card and given it to someone they know, like a spouse, child, parent, colleague or friend.

The most frequently mentioned reason for using or buying a reloadable prepaid card among those who have bought or used a card is as a gift generally or for the holidays (36%), followed by its convenience (11%), and to make online purchases (6%).

The Ipsos poll was conducted Nov. 21–25, 2013. A national sample of 1,004 adults aged 18 and older from Ipsos’ U.S. online panel were interviewed online. Weighting was then employed to balance demographics and provide results intended to approximate the sample universe. A survey with an unweighted probability sample of 1,004 and a 100% response rate would have an estimated margin of error of +/- 3.1 percentage points 19 times out of 20 of what the results would have been had the entire adult population of adults in the United States had been polled. All sample surveys and polls may be subject to other sources of error, including, but not limited to coverage error, and measurement error.