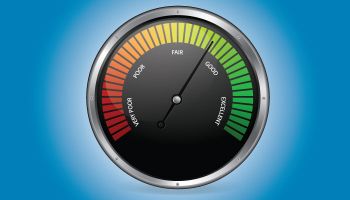 The portion of retail banking customers experiencing problems or having a complaint against their financial institution fell to 16% in the 2014 U.S. Retail Banking Satisfaction Study, from 18% in 2013 and 24% in 2010.

The survey, by J.D. Power, is based on responses from over 80,000 retail banking customers of more than 130 of the largest banks. (Community banks are not covered by the research, as sample sizes based on community bank users are too small.)

Power reported that where customers did have a problem or complaint, they were more satisfied with their provider’s resolution of the matter than in the previous survey. The satisfaction index for this aspect of service rose to 620 from 595 in 2013. Power’s retail banking ratings use a 1,000-point scale.

The company reported that among customers who switched providers in the last 12 months, the most common reasons were poor customer servicer (28%); branches not conveniently located (21%); interest rates not competitive (19%); and l5% because their original provider’s fees were too high.

Power noted that discontent with fees has declined—“fee satisfaction” rose 46 points to 669 (out of 1,000, again), the best result since the survey was redesigned in 2010.

These findings came within the context of Power’s report that satisfaction with retail banks had risen to 785 out of 1,000 this year—up from 763 in 2013—and the all-time high for the decade-old survey.

However, Power noted in its report that the affluent customers surveyed were not as happy with their banks as was the overall national sample.

In an interview, Jim Miller, director of banking services at J.D. Power, said affluent customers turned in an overall satisfaction rating of 771—14 points off the total sample’s 785.

Power also found levels of less satisfaction among Millennials and minorities. Miller said that minority customers surveyed gave an overall rating of 782, versus 787 for whites and 785 for the entire survey sample. Among Millennials, satisfaction came in at 774.

When the surveyors delved into the sample according to the size of the customer’s financial services provider, differing degrees of satisfaction were found.

Big banks—defined as the six largest based on total deposits and averaging $180 billion and above—saw overall satisfaction improve by 23 points to 782.

Regional banks—those with between $33 billion and $180 billion in deposits—improved their rating by 24 points, to 784.

By contrast, midsize banks—those with between $2 billion and $33 billion—saw improvement of only 11 points, though they had the highest overall rating, at 796.

Power officials indicated that the falloff in improvement rate was significant, in spite of the mid-sized banks having the highest overall rating.

“Mid-sized banks are falling behind in meeting the needs of the fastest growing demographic groups, Millennials and minorities, especially in online, mobile, and problem resolution,” Power stated. “If midsize banks don’t change their focus to adjust to demographic shifts, they are extremely vulnerable and risk losing market share to competitors and becoming irrelevant.”

Even among the affluent, while mid-sized banks have had a strong lead over other size categories, big banks closed the gap with a 40-point gain.

Powers believes that much of the gain by the largest banks among minorities and Millennials is due to their ability to be closer to the leading edge, technologically. Many midsize banks are still playing catch-up, he said.

Historically, the mid-sized banks’ strength has been their branches, Miller explained. But as key demographic groups prefer electronic banking, the advantage of physical branches diminishes. Baby Boomers still express a liking for branches, but their resistance to electronic banking channels continues to erode, Miller noted.

“The big banks will wind up with a large satisfaction advantage among Millennials,” said Miller.

To see how specific banks ranked in regional markets, plus a video briefing, click here to see a breakdown on the J.D. Power website.