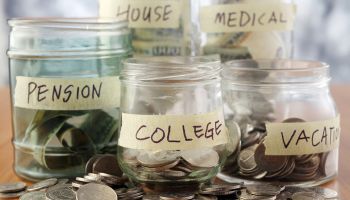 Consumers may not want to keep jars stuffed with money in their homes, each dedicated to different savings goals. But the concept behind that traditional means of enforcing and encouraging savings has great appeal, according to research by SunTrust and Harris Poll. And that suggested a new twist on a venerated vintage product.

One of the impacts of the recession and its aftermath appears to be a more conservative attitude towards credit. The poll said that 73% of consumers planning a “memorable event” during 2014 plan to pay for the costs of same with savings, not plastic or consumer loans.

The research also found that nearly one in three consumers said they maintained a separate account specifically for that “memorable event.”

The top four purposes mentioned by consumers were an international vacation (25%); a girls/guys weekend trip (25%); buying a new vehicle (23%); and attending a wedding (22%).

SunTrust’s Jeffrey VanDeVelde, senior vice-president of client experience and loyalty at SunTrust, says the bank has been working on ways to tap into America’s re-acquaintance with thrift.

The research supported a direction the bank has taken—offering consumers the ability to open a checking account and linked savings account, the latter featuring the ability to split it into multiple “buckets.”

Consumers can designate which sub-account a deposit goes to, and can name them. Those names will appear both online and on ATM screens when customers check balances and conduct other transactions.

VanDeVelde noted that the SunTrust Harris research indicates more interest in formal budgeting among consumers, and pointed out that the new accounts, launched in early May, assisted with budgeting. The bank has no limit on the number of buckets that a consumer can set up under their account. No minimum balance or monthly maintenance fees apply, though there is a nominal charge for paper statements.

SunTrust has found that the e-Savings bucket approach especially resonates with Millennial customers. High financial pressures, such as student debt, have made them especially budget conscious, says VanDeVelde.

“They have a high degree of need to keep control of their finances,” says VanDeVelde. He explained that some consumers, lacking a product like e-Savings, have attempted to cobble their own such mechanism together. One such option some have tried is multiple prepaid cards, he says, with each card designated to a specific spending purpose.

SunTrust e-Savings balances can be checked on computer, mobile, and tablets, VanDeVelde points out, making a digital play for the product as well.