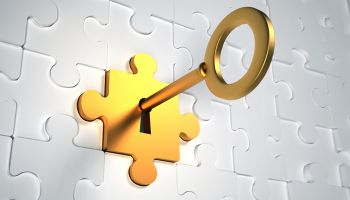 Bank customers in North America overwhelmingly trust their banks far more than all other institutions to securely manage personal data, according to a new Accenture report. But banks may not be making what they might of that advantage.

When asked what type of company they trust most to securely manage their data, most respondents—86%—chose banks and other financial institutions. That’s more than ten times the number of respondents who chose payment companies (7%); mobile phone providers (2%); or consumer technology companies (2%). Only 1% of consumers said they trust social media providers the most to manage their data.

However, Edmondson continued, “at the same time, our report highlights several trends that are causing significant challenges for banks and should serve as a call to action for them to focus more on improving customer perceptions and gaps in their digital offerings.”

For instance, the survey found that most consumers (79%) define their banking relationship as transactional or commoditized, rather than advice-driven and offering high-margin products and services. These consumers said that their relationship with their bank is defined by simple transactions like paying bills and receiving checking-account statements.

The survey also found that consumers shop around and choose sources other than their primary bank for high-margin products. For example, the majority of consumers said they went to other sources to purchase auto loans (70%); brokerage accounts (61%); registered retirement accounts (53%); financial advice (52%); and home mortgage loans (52%).

“Consumers’ perception of their banking relationship as transactional and not advice-driven is growing at a rapid pace,” Edmondson says. “Banks run the risk that consumers increasingly view them as a utility—a service for basic financial transactions—and not as the first choice for seeking financial advice.”

Consumers said they would be interested in several value-added services provided by banks, including: discounts for purchases (54%); proactive bill-pay services (53%); product recommendations (52%); end-to-end assistance with car buying, such as help with negotiating a loan and providing vehicle recommendations (49%); and buying a home (46%).

When looking at millennials, consumers aged 18-34 years old, the survey found that banks can’t rest on their laurels. They must do more to retain them as customers.

Millennials overwhelmingly said they are satisfied with their online banking experience at their primary bank, as reported by 92% of millennial respondents.  However, customers in this age rage also change banks more often than customers in other age groups. Nearly one in five millennials (18%) said they switched from their primary bank in the past 12 months, compared to 10% of customers aged 35-54 and only 3% of people 55 and older.

Though local/community banks were the biggest “winners” of this trend, 17% of millennials who switched chose online-only banks. Surprisingly, slightly older consumers were even more likely to have switched to an online-only bank within the past 12 months, with 31% of consumers aged 35-39 years old saying they did so.

Millennials also have distinct preferences for how banking services should be delivered. Two-thirds (67%) of them said that the traditional and digital banking experience they receive at their current bank is only somewhat or not at all seamless, and nearly half (47%) said they would like their bank to provide tools and services to help them create and monitor their budget. Nearly half (48%) also said they would like their banks to offer video chat on their website or mobile/tablet application, compared to only 30% over 55.

How customers relate to branches

At the same time, 34% of consumers said that online is the most important channel for banks to invest in over the next five years, followed by mobile, which was cited by 20% of respondents.

“This is a big change in the evolution of retail banking,” said Robert Mulhall, managing director and North America lead for Accenture Distribution and Marketing Services, Banking. “For the first time in our research, consumers ranked online banking services as the number one reason for staying with their bank, ahead of branch locations and low fees. It’s no longer a question of proximity to the local branch that is driving consumer choice, it’s a matter of which banks are offering the strongest online capabilities and mobile applications.”