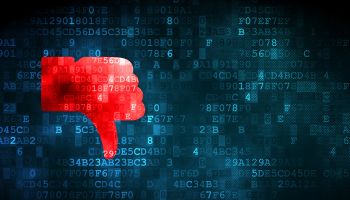 More than half of U.S. smartphone owners (56%) abandoned a mobile transaction in 2014, according to a study by Jumio, an identity management and credentials company.

As high as that number is, it represents a fall from the company’s 2013 survey, which found that 66% of respondents failed to complete a transaction due to issues during checkout.

The study also found that nearly a quarter of consumers abandon their attempts at opening a financial services (23%) account, and over one-third (34%) of those who abandon a transaction do not attempt again.

In the latest survey the firm found that purchase uncertainty, slow loading times, and difficulty with navigating the checkout process were the prime reasons for abandoning transactions.

Nearly one-half (46%) of users report that apps and websites that are easier to navigate or use on mobile devices would make them less likely to abandon a transaction.

"While consumers were less likely to say they'd abandoned a transaction that involved opening an account, as compared to making a purchase, this may be in part because these transactions typically require some degree of forethought and commitment, particularly in financial services,” says Marc Barach, chief marketing officer, Jumio, of the lower rate of abandonment on financial account openings.

Financial businesses, Barach says, “still need to keep factors such as ease of use and security top of mind to maximize the number of users who complete their transaction moving forward."

Though Barach notes that checkout experiences remain far from seamless, the picture may change in the near future.

"As mobile transactions continue to skyrocket, so do abandoned purchases, incomplete account openings, and lost revenue," says Barach. "Businesses have heeded the warning and are finally prioritizing mobile checkout experiences, underscored by the 10% improvement in abandonment rates over the last two years.”

After purchase uncertainty (45%), issues with speed (36%) and ease of navigation (31%) are top reasons cited by those who have abandoned a mobile transaction. In fact, users are more likely to abandon a purchase due to user experience issues than due to the security of payment (27%) or personal information (26%).