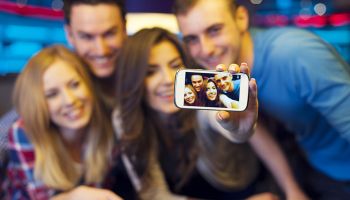 There is one thing you can say about the millennial generation—they are not nearly as self-obsessed or self-absorbed as the baby boomer generation was in its prime. You don’t see many hipster surveys about millennial trends and such conducted by millennials.

Why should they conduct them? Lots of us old fogey baby boomers are doing it for them!

Not only that, one of the prime subjects of these older generation-younger generation surveys focuses directly on the relationship between the 75-84 million millennials (estimates vary) and financial services, including banks and payments.

Of course, the objective of these studies is to help advise those older institutions that want to woo the younger and increasingly affluent customers.

Note the recent report from Ipsos that the slightly older and smaller in numbers Generation X already outpaces the baby boomer generation in the “affluent” category—millennials, also roughly known as Gen Y, in turn likely are gaining on the Xers.

What experts have been saying

Here’s a quick rundown of some of the recent studies:

American Express—In its “spending and saving tracker” study, millennials were found to have the highest level of optimism for financial wellbeing over the next six months—70% vs. 53% for the general population. American Express attributes this in part to the finding that more millennials depend on second jobs to help increase their existing savings (21% vs. 11%).

“Over the past few years, we’ve seen consumer spend confidence improve steadily,” says Jed Scala, senior vice-president, consumer lending. “Millennials especially are feeling more optimistic than ever, and they are apparently ahead of the savings game, too.”

Independent Community Bankers of America—The association teamed with research partners Conversion and The Center for Generational Kinetics in an online poll of more than 1 million Americans, focusing mostly on those aged 19-37, but including samples of Gen Xers and baby boomers. Some findings:

• 74% said mobile banking is “very important” to them (compared with 42% of baby boomers).

“Millennials are destined to become a key battleground for banks of all sizes—getting ahead, and staying ahead of this important shift in the economy is going to be crucial for any bank,” ICBA says.

• 32% of millennials do not look at bills before paying them.

• Only 23% of millennials actually use paper checks to pay utility bills and send them through the mail. That percentage goes down dramatically for paying cable/internet bills and cell phone bills.

• 46% have no formal system to remember to pay their bills on time. Just 9% receive email reminders, and 5% get push notifications on their phones.

Scratch—This is an offshoot of Viacom, which arguably could be categorized as a millennial or at least a Gen X entity, although Viacom itself has roots that go back to Gulf+Western and Westinghouse Electric Corp. Whatever, Scratch’s findings from what it calls the “Millennial Disruption Index” would probably be the most troubling to old-school bankers. It surveyed more than 10,000 millennials from 73 companies in 15 industries. Some examples:

• 53% don’t think their bank offers anything different than other banks.

• 71% would rather go to the dentist than listen to what banks are saying.

• One in three are open to switching banks in the next 90 days.

• 68% say that in five years, the way we access our money will be totally different.

• 70% say that in five years, the way we pay for things will be totally different.

• 49% are counting on tech start-ups to overhaul the way banks work.

“Millennials … use technology, collaboration, and entrepreneurship to create, transform, and reconstruct entire industries. As consumers, their expectations are radically different than any generation before them,” the Scratch pollsters say.

So, now that you know all that…

That’s just a sampling of the data. What can the old-school bankers do to adapt to this new generation? Bank of America, in a blog by Meredith Verdone, a BofA enterprise marketing executive, offers some advice:

“For a company to succeed with millennials, it can’t just shout ʻWe’re innovative!’ and ʻWe care!’ We have to listen, we have to analyze data and, most important, we have to take risks to be relevant—and maybe make each other a little uncomfortable by saying, ʻWe’re trying something new. Maybe it’ll work, maybe not.’”

Specifically, Verdone observes that despite their coolness toward big institutions, millennials do seek guidance for big financial decisions and want to easily access that information. That’s where social media can afford a connection.

Other research by BofA reveals millennials place value on community involvement—“They want the companies they patronize to have a greater sense of purpose, to be focused on not only making a profit but also doing their part to improve the world.”

Finally, she says, realize how much millennials value mobility.

“Among Bank of America customers, millennial households are twice as likely as others to be active on mobile devices, using them to pay bills, transfer money, and deposit checks.”

How To Be Hip: Big Banks Can Market To Millennials

Among Affluents, Xers Outnumber Boomers For The First Time Ever: “Generational Changing of the Guard” Reflects Fundamental Demographic and Marketplace Shift

More in this category: « Chip card is here! All hail the chip! October: A month to measure cyber defenses »
back to top