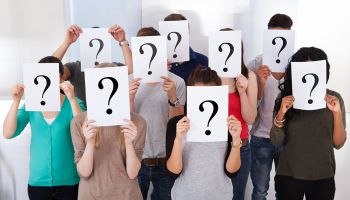 Collinson Group’s study found that half of respondents are not satisfied with their banks and are considering or have already switched providers within the last two years. Many consumers feel that banks are not performing as well as they could, and as a result, the firm states, U.S. retail banks are missing out on the opportunity to create powerful advocates and attract repeat business from loyal customers.

The firm’s study of more than 4,400 affluent middle class consumers across eight global markets, including 1,000 U.S. consumers, reveals the changing attitudes and expectations toward banks.

The consulting firm indicates that the risks of losing customers amid these trends is very real.

"While the percentage of customers switching accounts today is low, we've seen an increase year on year,” says Christopher Evans, director at Collinson Group. “Increased competition and the popularity of easy-to-use comparison websites are providing customers with more choices and ultimately more expectations.”

“Knowing your customer and ensuring they feel valued are key tenets of establishing loyalty,” Evans adds. “Banks need to act now if they want to retain customers."

Fifty-six percent of affluent middle class Americans are currently members of bank loyalty initiatives. However, they are more likely to be members of an airline (80%), hotel (76%), grocery (71%), or credit card (68%) loyalty programs.

Affluent middle class consumers in the U.S. who feel loyal to a brand are 81% more likely to purchase a product from them in the future, and 72% would recommend such a brand to their friends and family.

Sixty-nine percent of affluent middle class consumers in the U.S. who feel loyal to a brand are engaged members of their loyalty program and 64% will go out of their way to do business with the brand.

But in the U.S., the firm says, banks are losing their position as a one-stop shop for financial services, with savvy consumers increasingly looking elsewhere for additional services and choosing a range of financial service providers that best suit their needs and expectations.

In the U.S., customers purchased services such as insurance through a credit card (79%) rather than a bank (34%). In contrast, these services are sought through comparison sites in the United Kingdom.

When customers do buy additional products through their bank, they are more loyal, with 61% less willing to switch provider.

This highlights a dual benefit for banks to offer more premium services, such as insurance and travel assistance, to increase revenue and enhance the customer experience.

"Our research found that not being rewarded for loyalty is the biggest frustration for consumers, as cited by more than one-third of U.S. respondents, ahead of poor interest rates and unnecessary fees," says Evans. "Many banks offer basic, transactional loyalty programs that rely on traditional points-based rewards with limited value and appeal, which may explain why affluent middle class consumers are more likely to be members of supermarket, airline, credit card, and hotel loyalty programs ahead of banks."

How can banks improve this situation? Collinson says that encouraging the most valuable customers to become active members of loyalty programs can be a powerful tool in improving satisfaction and retention, and achieving repeat business.

Personalized and consistent communications, rewards and service, regardless of how customers choose to interact with a bank, are also important to the affluent middle class. The study found that customer engagement improves by one-third among individuals who feel known by their bank, and a further one-third for those who say they receive a consistent multichannel service—whether in person, by phone, or via digital platforms.